There some games that only the fans of sports know they exist but for others, that is what they prefer to as their life. Takin a career in what other people refer to as confusion and new vocabulary to them takes a lot of confidence and true passion. This is just exactly what Johnny Manziel decided to go for gridiron football. He started playing the game at a very young age and although he hadn’t thought of trying it out as a career, with time, he realized that this is what he wanted to do.

Johnny has played for different teams starting with Cleveland Browns for two seasons in the National Football League. He also became a member of the famous Canadian Football League (CFL), before joining Montreal Alouettes and Hamilton Tiger-Cats. Currently, he is known as a member of FCF Zappers of Fan Controlled Football.

It was on the 6th of December in 1992 when Johnny Paul was born as Johnathan Paul Manziel in Tyler, Texas in the United States of America. He is the son of Michelle (nee Liberato) and her husband Paul Manziel. After enjoying sometime being the only child in the family, Johnny was happy to welcome another member in the family when his sister Meri Manziel was born.

Johnny is American by birth but has mixed ancestry of Italian from his mother’s side and Lebanese from his father’s side. His father’s great grandparents are immigrants in the United States from Lebanon as they entered U.S. in 1907 and settled in Louisiana.

As mentioned before, Johnny’s interest in sports was developed from a very young age. He started playing different sports in school which included basketball, baseball, football and golf. All these sports were highly valued at Tivy High school which was located in Kerryville, Texas. His main focus however was on football and baseball.

However, in football, coaches, sportswriters and parents said Johnny “achieved fork hero status”. This encouraged him to love it even more and gave it his best. Therefore, they started comparing him to quarterbacks like Michael Vick, Brett Favre and Drew Brees.

This however doesn’t mean that he has never tried his luck in love. In 2016, he started dating Bre Tiesi, after some time, they realized they were ready to take their relationship to the next level. On 10th March 2017, the two lovebirds got engaged and exactly one year in March 2018, they exchanged their marriage vows.

Unfortunately, this marriage didn’t work out and the two decided to go their separate ways a few months after they got married. Their divorce was finalized in 2019, one year after their marriage. The two however didn’t disclose the cause of the divorce and Johnny has not dated any other woman since then. In an interview in 2018, he revealed that he was suffering from bipolar disorder.

There might not be much information about Johnny’s love life except that he was married to Bre for just one year. However, since there are no rumours connecting him with gay relationships, we will assume he is straight until otherwise proven.

Johnny’s career kicked off when he was still a student at Tivy High School where he played football for four good years. During his first year, he was a freshman but by the end of the first season, he focused in playing as a receiver in the varsity team. His sophomore year primarily started as a receiver but in the fourth game, he became a quarterback.

After graduating from high school, Texas A&M University gave Manziel an athletic scholarship where he attended in 2011 under coach Mike Sherman. In 2012 to 2013, he played for a new coach known as Kevin Sumlin. He started his professional career in 2014 January by deciding to forgo his junior season but instead, he joined 2014 NFL Draft. As of 15th January the same year, his draft stock was rising so fast as they said it was by a consensus and the experts who pegged him gave him a top-five pick.

Johnny has received a lot of success during his career and as a result, he has been highly appreciated for his achievements. He has also won several awards and accolades some of which include; 2012 Helsman Trophy winner Davey O’Brien National Quarterback Award win in 2012 and Manning Award among others.

Net Worth, Salary & Earnings of Johnny Manziel in 2021

Not many celebrities reveal the amount of money they earn but Johnny has been fair enough to reveal his. He has a salary of $2 million which has highly increased his net worth to $8 million as of 2021. Since he is still playing the game, this has a high possibility of rising even higher in the coming years.

Johnny is a young man who was lucky enough to identify who he was created to be at a young age. Therefore, he has his whole life ahead of him to reach to the highest goals he can ever desire. 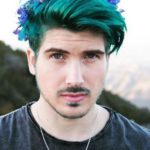 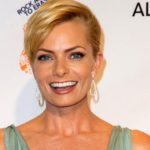