Popularly known for his roles as a child actor, Jonathan Lipnicki is an actor and a producer. So far, he has made many appearances in different films and television series. Some of them include Like Mike as Murph, The Little Vampire as Tony Thompson, Stuart Little & Stuart Little 2 as George Little, and Jerry Maguire as Ray Boyd, just but to mention a few. Besides being a child actor, Jonathan continues to act as an adult. In addition to being an actor and producer, he also does voice acting.

Jonathan Lipnicki was born to Rhonda Rosen and Joseph Lipnicki as Jonathan William Lipnicki. He was born in 1990 on 22nd October. His birthplace was Westlake Village, California, U. S. He also grew around there since his former high school is a school that is also in California.

He is not an only child but rather a last born of a family of two siblings comprising a daughter and a son. His older sister goes by the name Alexis Lipnicki. The family is Jewish, and when Jonathan got an opportunity to spend ten days in Israel, he made the trip worthwhile. The stay reaffirmed his faith, made him see international issues from a new perception, and changed his life to some extent.

Jonathan Lipnicki attended Agoura High School. It is a public secondary school in Agoura Hills, Los Angeles County, California.  While schooling, not even being famous, stopped him from being bullied. It is evident that not even that could save him from the bullies. Although they most probably had no idea that they would be famous one day, several celebrities were his schoolmates. They include Mike Shinoda, Shane Stanley, Brad Delson, and Adrianna Costa.

At the moment, Jonathan Lipnicki is single. However, he has had several relationships. One of his ex-girlfriends is actress Amber Watson. The lady did not take the breakup too well. On the contrary, she sneaked into his bedroom and tried to force him to sleep with her. Consequently, he filed a restraining order against her. She was not to be within a distance of 100 yards from Lipnicki.

His other relationship was with Brit Becca Mason. The attraction came around when the two were on Celebs Go Dating. Once the series ended, Jonathan was kind or rather romantic enough to fly her from Britain to Los Angeles. He wanted a time with her away from the cameras. By March 2018, their relationship was a thing of the past.

The sexual orientation of Jonathan Lipnicki is straight. As much as he is single and has never been married, he has had relationships in the past. One of his lovers was Amber Watson, and she is a woman. There is also Brit Becca Mason, who is a woman. He has never been in a relationship with another man. In fact, there are not even rumors suggesting that he could be gay or bisexual.

Jonathan Lipnicki’s career began with his appearance on Jerry Maguire. In the 1990s, he also appeared on Meego, Dawson’s Creek, The Jeff Foxworthy Show, and The Single Guy. In 2000, he played the lead role of The Little Vampire as Tony Thompson. Two years later, he appeared in Like Mike alongside Bow Wow and Stuart Little 2, Stuart Little’s sequel.

He has recently appeared in Worst Cooks in America, Celebs Go Dating, and Drop the Mic. He has also made appearances in Andover, The Delivery, and A Second Chance, just but to mention a few.

Net Worth, Salary & Earnings of Jonathan Lipnicki in 2021

As of 2021, Jonathan Lipnicki’s net worth is approximately $6 million, and some of his earnings come from his various appearances in different television series. His other sources of income are portraying multiple characters in different films for an extended period.

In other instances, he had earned by voicing characters in various movies and TV series. There is also the fact that he is a producer as well. The fact that he has been active since 1996, more than two decades, means that he has had quite a long time to make money. Since he is also still young, there are high chances that he will also increase his net worth as time goes by.

Jonathan Lipnicki is exceptionally talented since he still acts excellently despite having started as a child actress. At such an early age, the young man has already appeared in many films and television series. Consequently, he is now famous and rich with a huge net worth. So, not even your age should stop you from achieving what you want in your life. 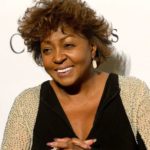 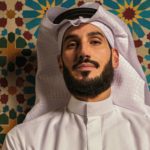