How many of you have seen the show ‘Million Dollar Listing Los Angeles’. One of the main cast includes a very popular real estate agent named Josh Flagg. He is recognized as one of the top real estate agents in not just the United States but also in the world.

On the 20th of August, 1985, in the town of Los Angeles, California, Josh was born. His parents are Michael Flagg (father) and Cindy Flagg (mother). Most of the childhood of Josh was spent in Los Angeles, only while growing up.

Josh had his initial schooling from a private school named Brentwood School. After that, he went to Beverly Hills High School, where he completed his graduation finally.

Josh is gay, he accepts his sexuality and is in no mood of hiding his truth. HE declared about his sexuality in 2011. He married his long-time boyfriend named Bobby Bloyd. They live together in Beverly Hills. Other than this, he loves traveling and has traveled to more than sixty countries as of now. Besides several estates and penthouses, Josh also likes having a collection of rare, fine art and ‘Billy Haines’ furniture. Flagg is also very active in philanthropy. He is also a member of the Board of Governors of Cedars-Sinai Medical Centre and was co-chairman of ‘Rock for Research’ in 2016.

Yes, Josh is gay. In 2011, he openly expressed the truth about his sexuality. He is currently married to his boyfriend, Bobby Bloyd.

Josh stepped into the world of real estate just when he was in school, at the age of 18. Initially, he was under Bruce Nelson in Bel Air, and then he went to the Coldwell Banker Beverly Hills East office. He has had a very successful career with many records and million-dollar sales. Other than real estate, Josh is also a television personality. He starred in a reality TV series about the real estate industry, named ‘Million Dollar Listing Los Angeles’. The show had its 10th Season in 2017, despite a few members joining and leaving the group.

He has also appeared in other shows like NBC’s Today Show, ABC’s Good Morning America, CBS The Insider, Watch What Happens: Live. His interviews have been published in top newspapers like Los Angeles Times, Variety, Wall Street Journal, Forbes, etc. He is also an author and has written two books, namely, ‘A Simple Girl: Stories My Grandmother Told Me’ and ‘Million Dollar Agent: Brokering the Dream’. He also started an app containing a directory of all the well-known properties, guiding users with the help of GPS.

Net Worth, Salary & Earnings of Josh Flagg in 2021

Josh has been a very successful and celebrated real estate broker throughout his career. He has not only dealt with many million-dollar deals but also owns some big properties. As of 2021, his net worth is estimated at around $40 million.

Josh Flagg is a very celebrated name in the real estate industry, not just in the US but also in the whole world. He started working as a real estate agent from a very young age, and in relatively less time, he was dealing with big celebrities in million-dollar deals.

He was also the main member of the reality show ‘Million Dollar Listing Los Angeles’, which dealt with real estate dealings only. One of the other appreciable features of Josh is that he is open about his sexuality. Today, he is one of the biggest success stories in the history of the US real estate industry. At last, we would like to congratulate him on his successful career and wish him all the best in his future endeavors. 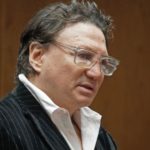 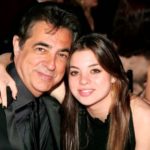