Given the pool of creators has been growing in the music industry, their urge to make the works stand out has pushed them to experiment with the traditional ways of producing music. Scraping the idea of sticking strictly to a particular style of music has opened up various avenues and given birth to several sub-genres. In turn, the different sub-genres have given rise to many talented artists who got a chance to explore their creative sides with the flexibility attained in the new ways of music production.

While endless artists are constantly striving to leave a mark in the history of this industry with their works, only a handful are successful in doing so. Barrington DeVaughn Hendricks is one of the most famous faces when t comes to modern rap and hip-hop forms of music. Barrington is popularly known for his stage name JPEGMafia. Apart from being a rapper, JPEGMafia is also a renowned label producer.

Barrington DeVaughn Hendricks was born to parents who were then residents of Flatbush, Brooklyn, New York. He is of Jamaican ethnicity. Barrington witnessed a majority of his upbringing in Flatbush. While he was thirteen years old, his family relocated to Alabama. Barrington recalls that it was here where he had to witness incidents of being a victim of racism. These incidents later acted as an inspiration for his music. Barrington later decided to shift to Louisiana.

There he enrolled in the United States Air Force at the age of eighteen years old. Barrington has served tours in Iraq and was also posted in Kuwait for a while. He has also been in foreign nations, including Germany, Japan, and North Africa. Barrington later received an honorable discharge from the armed forces.

Barrington has previously stated to hold a master’s degree in journalism even though there was an absence of any form of the formal record. He later went on to address the questions by stating that though he had studied journalism while being deployed, he never received a degree officially.

Barrington is currently residing in Los Angeles, California. In the year 2021, Barrington decided to speak up about the sexual, verbal, and physical abuse experiences he had to live through in his childhood through his social media handles. Given Barrington is one of the most popular faces in rap music, he has always kept the details of his personal life private. Even after witnessing such fame, his humble nature is one of the many reasons he is loved by all.

Barrington DeVaughn Hendricks is not gay. He is known for his caring nature and being highly supportive towards those around him, irrespective of their sexual orientation. Thus, we can conclude that his sexual orientation is straight.

JPEGMafia’s passion for making music began growing within him from the young age of 15. He has credited the hip-hop greats, including Kanye West, Ice Cube, and alt-rock bands like Radiohead, for inspiring him while having a great deal of influence on his style of production.

While he was in Japan, JPEGMafia produced music under the alias Devon Hendryx. He relocated to Baltimore in the year 2015 and took up the infamous name JPEGMafia. Under his new alias, he released the mixtape title Communist Slow Jams which Darkskin Mason followed. After releasing several mixtapes, JPEGMafia finally dropped his first album titled Black Ben Carson. The album contained much-distorted sounds than seen in his earlier works.

He is currently based out of Baltimore, Maryland. JPEGMafia transitioned into international fame for his album titled Veteran, which came out in the year 2018. The album was praised by critics across the globe and also managed to secure itself a spot on the year-end feature lists. The following year, JPEGMafia dropped another album titled All My Heroes are Cornballs. This album was also an international success and received praises from several music critics.

Although JPEGMafia doesn’t hold several awards for his name, we all can unanimously agree that his contributions to the world of hip-hop will always remain unparalleled.

Net Worth, Salary & Earnings of JPEGMAFIA in 2021

As of 2021, JPEGMafia is worth $5 million. His career in rap music and music production, in general, has served as a major source of generating revenue, although he is known to hold various other means of creating a cash flow.

In a fast-paced, growing industry like the music production industry, it takes the creators a lot of effort to keep the audiences entertained at all times. JPEGMafia’s life narrates the story of a boy who came from the most humble beginnings and went on to become one of the greatest rappers of all time. 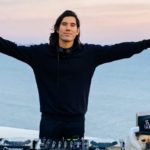 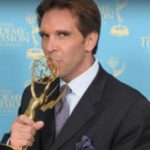