Judd Apatow is an American movie director, producer, screenwriter, and comedian. He has written, directed, and produced many movies throughout his career. He is also the founder of the company Apatow Productions. Other than film, he has also made some TV series through his production.

In the US, Judd Apatow was born on 6th December 1967 in the Flushing Neighborhood of New York City. His father, Maury Apatow, was a real estate developer, and his mother, Tamara Shad, ran the music label Mainstream Records. His family is Jewish but non-religious in nature. Judd has two siblings, Robert (brother) and Mia (sister). His parents split at the time he was 12, and he started living with his father and met his mother at weekends. It was during a summer when he got first exposed to a stand-up comedy club where his mother worked.

He got his schooling from Syosset High School, where he also hosted a program Comedy Club on the school’s 125-watt radio station. He even washed dishes at a Long Island East Side comedy club. After high school, he shifted to Los Angeles and enrolled in the Screenwriting Programme of the University of Southern California. He used to organize a couple of ‘Comedy Nights’ at the campus, having short stand-ups of his own. But he dropped out of the University during his second year and moved into an apartment with Adam Sandler, a comedian.

Apatow met actress Leslie Mann, on the sets of his film with whom he married in 1997, after being in a relationship. They have two children, both daughters Maude and Iris. While his wife, Mann, appeared in his show ‘Freaks and Geeks’, both the daughters appeared in many movies of his.

Judd’s philanthropic works include supporting the literacy organization 826LA, the Bogart Pediatric Cancer Research Program, and the Children’s Cancer Research Centre. He has always been applauded for supporting women in Hollywood, especially victims of sexual assault. Apatow positioned himself at the forefront of the ‘#MeToo’ movement.

According to the sources searched for this article, there is no source confirming it. Also, if we see, he is happily married and has two daughters. So, that itself nullifies the claim.

Judd met Garry Shandling, after which he got hired as a writer for the Grammy Awards 1991. He then appeared on HBO’s 15th Annual Young Comedians Special and then co-created The Ben Stiller Show. After Fox canceled his show, he joined HBO’s The Larry Sanders Show as a writer and consulting producer. He got much acclaim for that show, and Judd himself credits Shandling as his mentor.

In 1995, Apatow co-wrote the feature film Heavyweights. He was also part of the award-winning series ‘Freaks and Geeks’ as the executive producer. He made his directorial debut with ’40 Year Old Virgin’, which received many awards and acclaim. He then went on to direct and produce quite a many movies. While making a movie, Judd tries to keep it low-budget, focusing mainly on the content rather than the big stars.

He also produced the most successful R-rated female comedy of all time, ‘Bridesmaids’, which received many awards and nominations. In 2017, he returned to stand-up comedy after a long time for a show, ‘Judd Apatow and Friends’. He wrote and produced Netflix’s comedy series ‘Love’. He made documentaries ‘Doc and Darryl’ and ‘The Zen Diaries of Garry Shandling’.

He also starred in his first stand up special ‘Judd Apatow: The Return’. His movie ‘The King of Staten Island’ is awaiting release due to the ongoing COVID-19 Pandemic, which is supposed to be his 12th movie.

Judd was one of the awardees at the Primetime Emmy Awards for ‘The Ben Stiller Show’. His work in ‘Larry Sanders Show’ got 5 Emmy nominations as well as a Critics Choice TV Awards for Girls. He also receives a Grammy nomination for co-writing the ‘Walk Hard’ song. In addition, he also received the ‘Hollywood Comedy Award’ and ‘Herb Sergeant Award’, ‘Darryl F. Zanuck Award’, ‘Generation Award’ and ‘Critics Choice Louis XIII Genius Award’. Other than films, he was awarded by ‘Rape Treatment Foundation’ and received ‘ACLU Bill of Rights Award’ for his philanthropic and support works.

Net Worth, Salary & Earnings of Judd Apatow in 2021

After so many years of producing, directing movies, and enacting comedies, Judd Apatow has garnered a huge wealth, and because of this, his net worth stands at $160 million as of 2021.

While concluding, we can say that Judd Apatow is a very successful movie director, producer, and stand-up comedian. Rising on to such height starting from just a stand-up comedian is a mountain to climb. Other than all this name and fame, the way he has always come forward for supporting MeToo victims and women is highly praiseworthy. At the end, we would like to congratulate him on his elongated career and extend him our best wishes for his future projects. 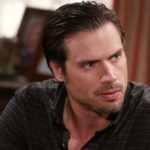 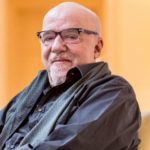