Jude Ciccolella is an American actor, voiceover artist, and singer who is best known for portraying the character of Mike Novick in the action drama television series, 24. In addition to that, he has also played a variety of roles in several other shows and movies like Cdr. Suran in Star Trek: Nemesis, Guard Mert in The Shawshank Redemption, Dr. Raymond in Everybody Hates Chris, David Donovan in The Manchurian Candidate, Howard Scuderi in Prison Break, Lieutenant Wilson in Night Falls on Manhattan, Phillip Davenport in NCIS, Lt. Liebowitz in Sin City: A Dame to Kill For, and Frankie Kelso in Lethal Weapon. 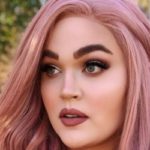