Judy Geeson is an English stage, film and television actress. She became famous for starring in “To Sir, With Love” in 1967. Previously she had appeared in “Newcomers” the British television series where she has a lead role from 1965-1967. She also starred in other popular films and series such as Fear in the Night (1972), The Executioner (1970) and the eagle has landed (1976). She also appeared in the American series Mad About you from 1992-2002.

Judy Geeson was born Judith Amanda Geeson on September 10th, 1948 in Arundel, Sussex. She grew up in a middle class family together with her sister Sally Geeson who is also an actress famous foe featuring in British television sitcoms in the early 70’s. When she was growing up she wanted to become a ballet dancer but couldn’t manage the practice as she frequently had headaches.

Instead she settled to being an actress and just at the age of 12 years she had appeared in the television series “Dixon of Dock Green” in the year 1955. After the she also made several appearances in films as a teenager as she has never looked back ever since.

Judy went to Corona Stage Academy in Chiswick. Other than this information we don’t have any other information in regards to her education. She started acting when she was 12 years and this shows that she was talented from when she was young so we can assume than her skills are self taught but we shall update this status whenever we shall be having the information.

Judy was in a relationship with the Irish set designer Sean Kenny. The two got married in the year 1969 and there love relationship lasted for four years before his sad demise in the year 1973. After she got over the unfortunate incident she went back to the dating seen this time with her fellow actor Kristoffer Tabori and the two got married in the year 1985 and after four years of being love birds decided to sign a divorce for their love went sour. She has no children of her own but enjoys her life in Los Angeles California as a single person.

Since she divorced with her husband Kristoffer Tabori we do not have any other record of Judy being engaged in any other affairs. So we might not be too sure about her status but will update the information as soon as it is available.

Judy started her career in July 1962 where she made her first appearance in “The Probation Officer” where she appeared for one episode in the television series. In 1967 she landed her first major film appearance in “Berserk” and “To Sir, with Love”. Then the following year she featured in “Here we go round the Mulberry Bush” which was a comedy film.

Shortly after, she also landed a role in “The Newcomers” a BBC early–evening soap opera. The role made her become very popular as a result of the recurring role. In mid -70’s she landed another major role as Caroline Penvenen in “Poldark” a costume drama film.

Besides her television and film roles Judy also featured in theatrical productions in 1973 as Viven 532 in the section nine and for the Royal Shakespeare Company as Lavinia in Titus Andronicus. Besides these she also made her Off-Broadway debut in “The Common Pursuit” which was in 1987.

When she relocated from London to Los Angeles she started appearing in American television in 1984 in a regular in the sitcom “Mad About you” as Maggie Conway from 1992-1999. Suring this time she also starred in “star Trek: Voyager episodes “Twisted” and “The Cloud”.

Additionally she has also featured in several horror films which include Fear in the night, A Candle for the Devil, Dominique, The Lords of Salem, Rob Zombie and Inseminoid. Then in 2015, she portrayed as sister Dragon in Rob Zombie’s slasher film “31”.

Although there is no record of Judy winning any award, she has entertained us in her career as an actor.

Net Worth, Salary & Earnings of Judy Geeson in 2021

Judy has a thriving acting career that has earned her a fortune in over five decades of her career. She primarily earns a living out of her acting in high profile moves, films and series. She has appeared i over 80 moves in her experience as an actress. She has managed to accumulate a fortune of $3 million as of 2021. Despite her aging gracefully she affords a very comfortable lifestyle for herself.

Despite the aging factor Judy maintains her body for she looks younger than she actually is. She has managed to be the best she can be and has given her all in acting. We can’t wait for what she has in store for us. 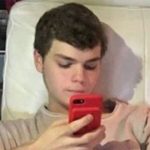 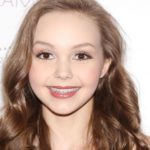