Julian Assange was in the asylum at the Ecuador Embassy in London since 2012. He was isolated from the sun and this affected his bone health. But more than the negative physical implications of his confinement and isolation, it was Julian’s psychological health which endured the most.

Julian Assange and His Life In The Embassy

Julian was bounded to two rooms in the Embassy of Ecuador in London. Ecuador government had offered him with asylum for the past 7 years but pulled out this a few days back opening the way for his arrest by the British police.

Julian had access to two rooms in the Embassy. He used to live in a larger front room. Moreover, he used to meet his guests in another smaller room. He had a cat as a friend. It was called Embassy Cat and used to wear cute little ties.

Julian had admitted that his children had gifted him with the cat. But after his relation with the Embassy staff degraded, the embassy staff told Julian to take care of the cat’s hygiene, food, and well-being himself otherwise they would take it away. Fearing it, in last September Julian had asked his lawyers to take it away to his family.

In past, the Embassy personnel used to clean his room and bathroom. He also had internet access. But as his relations with the Embassy deteriorated, they told him to clean the washroom himself and restricted his internet access. With all this goings-on, Julian also had the ever-imminent angst of the law capturing him anytime. This threat also counterfeited him psychologically.

Julian Assange and His Health Examination

Around one year back, some doctors had investigated Julian Assange and submitted their report. They said that Julian needs safe access to health care and not offering him with it was an infringement of his right to health care.

The team who attended him included Sondra Crosby, associate professor at the Boston University’s school of medicine and public health, Brock Chisholm, a London-based consultant clinical psychologist and founder of Trauma Treatment International, and Sean Love. The report published in The Guardian in January 2018 stated:

“While the results of the evaluation are protected by doctor-patient confidentiality, it is our professional opinion that his continued confinement is dangerous physically and mentally to him, and a clear infringement of his human right to healthcare,”
They also said:

“It is unconscionable that Mr Assange is in the position of having to decide between avoiding arrest and potentially suffering the health consequences, including death, if a life-threatening crisis such as a heart attack were to occur,”
They asked the British Medical Association to force for safe access to medical care for Julian. They also inquired them to oppose openly the ongoing violations of his human right to healthcare.

The doctors also found that Julian had vitamin D deficiency and multiple other deficiency conditions. He had no proper diet and there was a dearth of exercise. But the doctors were unable to do examinations for it and not able to offer him with the required care.

“His worry was that he would be extradited to the US and placed in solitary confinement in the way that Chelsea Manning is right now,”
Julian was under constant stress and producing adrenaline in excess which could lead to diabetes, insomnia, and cancer. The psychologist said:

“People whose threat systems are stimulated like that die younger by a significant margin,”
He had anxiety, depression and also was agitated always. He was under a continuous threat of suicide.

Now that Julian is out of his asylum and in prison, Brock  also hopes that he could get the needed medical attention for his deteriorating health. 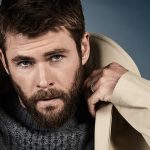 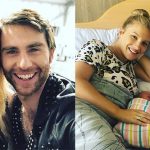