Juliana Spicoluk is a Ukrainian social media personality, yoga instructor, YouTube star, and gymnast who has gained popularity with the “Boho Beautiful” YouTube channel which she manages alongside her husband, Mark Spicoluk. The channel features videos based on fitness, food, Yin yoga, yoga workouts, Hatha, Astanga, , morning yoga, guided meditations, and conscious mindful living and has accumulated a fan base of more than 2 million subscribers. 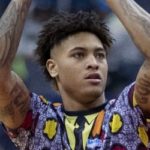 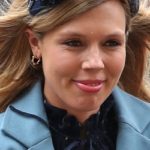