Justina Valentine is an American rapper, singer, songwriter, and model. She is widely known for the single Candy Land which she has featured rapper, Fetty Wap. She also has singles such as All the Way and unbelievable. Currently, she is in the Television Show, Wild N Out alongside Nick Canon.

Justina Valentine was born on February 13, 1987. She was born in Passaic County, New Jersey. She was born into a musical family where her father is a lead singer of a band. Justina loves to keep her family’s life private and has never released the names of her father.

Her mother is called Nancy, and she has a twin sibling, a sister called Mustina. Valentine’s love for hip hop began at a tender age. She began recording her own music in 2006. Valentine claims that she has never been shy of being in the spotlight and she has a passion for making people laugh.

Information concerning Justina’s educational background has been concealed. She has never revealed any piece of information about her former school. She went for higher learning at Montclair State University. However, she revealed that she began starring in her school’s and local town’s plays. She also took dance lessons and ballet.

Relationship-wise, Justina is said to be single. Justina is known for being very reserved and does not reveal information about her love life. She seems like she concentrates a lot in her career as a musician and television host. Justina is known for loving her fans and her fans love her too. She is very active on her Facebook and Instagram pages. She also owns a YouTube channel in which she regularly posts her covers of songs.

No. Justina Valentine is not gay. However, Justina was rumored to be bisexual. This was after she kissed fitness model and Instagram star, Sommer Ray on a live recording of the Wild N Out show. She however disputed the claims and disclosed she is straight as far as sexual orientations are concerned.

Valentine’s career began in 2012 after releasing her first mixtape named Route 80. The mixtape consisted of songs such as Bubble Gum and Hip-Hop Joan Jett. The songs later became a huge hit on YouTube. Later on, in 2013, she released her first EP named Valentine. The Ep also became another hit. The Ep was rated number 33 on the iTunes R&B charts.

The leading single on the EP titled Candyland which she featured Fetty Wap was played on every radio station. Valentine later joined the cast of Wild N Out in 2016. The show was in its 8th season and she appeared in 10 episodes.

Valentine has been a permanent member of the Wild N Out cast. In that same year she released her debut album, Scarlet Letter. She also joined the cast of MTV’s The Challenge: Champs vs Stars. The show premiered in November of 2017.

FEMINEM was her third mixtape which she released in 2019. The mixtape was released on DatPiff website for free. Valentine was also the host of a digital series called Your Life in Rhyme. The show was released exclusively on the Wild N Out YouTube channel.

She was also the host of the revival of the former MTV dating show, Singled Out. She hosted the show alongside fellow Wild N Out cast member, Conceited. She recently finished embarking on her Favourite Vibe Tour. Currently, Justina is signed to Nick Cannon’s record label, N’Credible Entertainment.

Valentine has had a very successful career as a musician. Among her various achievements is her debut album being ranked in iTunes R&B chart. She has made collaborations with many artists such as Fett Wap. Their single, Candyland was played in many radio stations. Her other achievement is being cast in Wild N Out. Justina became the first female cast member to be a musical guest in the Wild N Out show. She was also the opening act on Mike Stud’s tour, Stud Summer Tour.

Net Worth, Salary & Earnings of Justina Valentine in 2021

Justina is known for being a very successful and influential celebrity. She has released many songs featuring various well-known artists. Her net worth is estimated to be about $2 million as of 2021. Her greatest source of income is her music career. Her appearance in the Wild N Out show also boosts her income. Apart from music, she is also a model, her endorsement deals also serve to increase her income and net worth.

Justina has been described as a clever and quick-witted lyricist. She is a songwriter who knows how to spin memorable hooks and choruses. Her fashion sense has also been given credit. Her music has been played in shows such as Mob Wives and Running Russell Simmons. 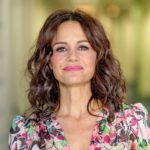 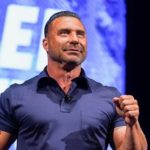