Kanika Kapoor is an Indian singer who has contributed as a playback singer for several Bollywood films and is widely known for numerous chart-topping and viral pop numbers such as Jugni Ji (2012), Baby Doll (2014), Kamlee (2014), Chittiyaan Kalaiyaan (2015), and Beat Pe Bo*ty (2016). She was one of the judges on the singing-based reality TV show The Voice India in 2019. Kanika was shrouded in controversy in March 2020 when she was tested positive for the dreaded coronavirus after returning from a trip to London where she had gone to meet her children. It was alleged that she had not only violated the medical authorities’ advice of self-quarantine but hidden her positive diagnosis and gone on to perform at several parties where noted dignitaries including Parliamentarians and civil service officers were present. It resulted in severe backlash on social media due to her contradictory statements on the situation and FIRs being filed against her for gross negligence.

She splits her time between –

She has served as the brand ambassador for the Swiss watch manufacturer 88 Rue du Rhone. 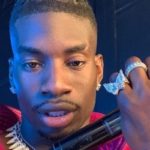 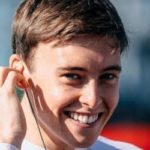