Kapil Sharma would consistently be recognized as the man who revolutionized the comedy industry in India. Kapil’s career started as a stand-up comedian, transitioning to being a television presenter, actor, and producer. He currently hosts the popular tv show titled “The Kapil Sharma Show” and has also been the host for the previously massive hit shows titled “Comedy Nights with Kapil” and “Family Time with Kapil.”

Kapil has also received prestigious awards and recognition for his work in the television industry. The Ormax Media rated Kapil to be the most popular Indian television personality in the year 2016.

Kapil was also on the Forbes India Celebrity 100 list at the 11th and 18th positions in the years 2016 and 2017, respectively. He also received the CNN-IBN Indian of the Year Award in the Entertainment category in the year 2013. In 2015, Kapil Sharma was ranked third in the Most Admired Indian Personality List by The Economic Times.

Kapil was also nominated for the Swachh Bharat Abhiyan in the year 2014 by Prime Minister Narendra Modi to spread awareness among people regarding cleanliness and other hygiene-based topics relating to the general social issues. For his massive contributions to this movement via his shows, Kapil was invited to the Rashtrapati Bhavan by President Pranab Mukherjee in September 2015 as an acknowledgment of the excellent work he had done for the community.

Kapil Sharma was born in Amritsar, Punjab, to parents Janak Rani and Jeetendra Kumar Punj. His father, Jeetendra Kumar Punj, was the head constable in the Punjab Police, and his mother was a homemaker. His father died in 2004 at AIIMS Delhi after being diagnosed with cancer in 1997. Although Kapil has been one of the most famous faces on Indian television, he keeps the details of his personal life in the limelight. Therefore not much can be said regarding his early days.

Kapil Sharma got married to Ginni Chatrath on December 12, 2018, in Jalandhar. The couple has been blessed with a daughter who was born on December 10, 2019, and a son born on February 1, 2021. Kapil’s brother Ashok Kumar Sharma works as a police constable.

Kapil also has a sister named Pooja Pawan Devgan. Kapil has stated that his sense of humor comes from his mother, who has acted as an inspiration for Kapil throughout his life. When Kapil won The Great Indian Laughter Challenge 3, he used the prize money of 10 lakhs INR on his sister’s wedding, making it the most lavish wedding his family had witnessed.

Kapil Sharma is not gay. Kapil has always been supportive of the LGBTQ community in India. He also gained attention for his portrayal as a gay man in “Firangi.” He practiced following the mannerisms of a woman to perfect his role in the film. In the process, he realized that at moments his mannerisms might have been in a fashion that people mistakenly thought him to be gay. He has had encounters with men getting over-friendly due to this, but Kapil always laughed it off.

Kapil’s rise to fame took place after he won the comedy show The Great Indian Laughter Challenge in 2007 and received a cash prize of 10 lakhs INR. He was also a part of the Punjabi show titled Hasde Hasaande Ravo, which aired on the MH One channel. Kapil’s love for music and ambitions to become a singer compelled him to shift to Mumbai.

He was a part of Sony’s Comedy Circus and won six seasons of the reality show. Kapil then became a host on the dance show Jhalak Dikhla Jaa S6. Kapil launched his show Comedy Nights with Kapil in the year 2013. He made his Bollywood debut in the lead role for the film Kis Kisko Pyaar Karoon, a romantic comedy directed by the famous Abbas Mustan.

Although the film received mixed reviews from the audience, it did make a record-breaking opening day business for a debut film. His second film, titled Firangi released in December 2017. Kapil extended his contract with Sony for his show titled the Kapil Sharma Show in 2016 and also signed two new movie contracts.

In 2012, Kapil won the Indian Television Academy Awards for Best Actor in Comey category and Funniest Serial in the comedy category as well. Apart from these, he also got the CNN-IBN Indian of the Year Award in the Entertainer of the year category. He has won the Star Guild Awards and Sony Guild Film Awards in 2014 and 2015. He also holds the World book of Records for being the Most Viewed Standup Comedian.

Net Worth, Salary & Earnings of Kapil Sharma in 2021

Kapil Sharma is worth $40 million as estimated in 2021. His salary per episode is in the range of 60 to 80 lakhs INR. Kapil also generates revenue through his acting career. He also earns a huge chunk of money by touring in different parts of the world along with his crew.

Kapil shares the story of how a man with humble beginnings can achieve extraordinary things in life. Through all the ups and downs Kapil has witnessed, he has stayed true to his love for the television industry and continues to be one of the most beloved celebrities in the country. 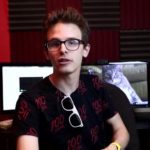 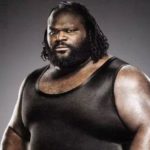