Karan Aujla is an Indian singer, lyricist, and rapper who has belted several superhit Punjabi songs like Alcohol 2, Sh*t Talk, Lafaafe, and Don’t Worry and has written many such as Blessings of Bapu, Unity, and Scratch. His single Don’t Look managed to stay in the Asian Music Chart for more than 24 weeks and his number Hint trended for more than 5 days on YouTube in India. His Instagram account has amassed more than a million followers. 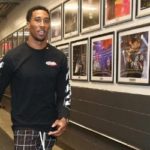 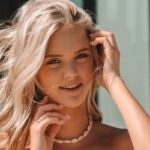