The film industry is one of the most popular industries in the world today. It is a very big player of the entertainment industry. Many men and women have graced the stage and made a huge name for themselves. Karen Allen is a stage and film actress who has portrayed her talents on the TV screens numerous times. She is best known for her role in Raiders of the Lost Ark alongside Harrison Ford.

Karen Allen was born as Karen Jane Allen in Carrollton, Illinois on the 5th of October 1951. Her father is Carroll Thompson Allen and her mother is Ruth Patricia. Her father was an FBI agent while her mother was a university professor. Since her father was an American federal agent, they moved around a lot when she was young. She said that this really affected her ability to form meaningful friendships. Although her father was actively involved in the family, she says that she grew up in a female-dominated household.

Allen attended DuVal High School in Lanham, Maryland. When she was 17, she moved to New York to study art and design at the Fashion Institute of Technology for two years. She had a boutique at the University of Maryland campus and later attended George Washington University.

She later studied and performed with the experimental company, The Washington Theatre Laboratory, in Washington DC. In 1974, she joined the Shakespeare & Company in Massachusetts. Three years later, she went back to New York and studied at the Lee Strasberg Theatre Institute.

In 1988, she got married to Kale Browne and in 1990, the couple had a son, Nicholas Browne. Unfortunately, the couple divorced in 1998. After the birth of her son, Karen decided to take on smaller roles film roles to be able to spend more time with her son. In 2003, she got involved in knitting and became attached to it. She founded her own company called Karen Allen Fiber Arts in Great Barrington, Massachusetts.

No. Karen Allen is not gay

She made her major film debut in 1978, in National Lampoon’s Animal House. She had her next film appearance in 1979, in Wanderers, and in 1980, she was in A Small Circle of Friends, a film that featured three radical college students in the 1960s.

She also appeared as a guest star in the 1979 pilot episode of the hit TV series, Knots Landing. Her career-changing role came in 1981 when she played Marion Ravenwood in the film, Raiders of the Lost Ark. This film was directed by Steven Spielberg and her character was the love interest of Indiana Jones, Harrison Ford’s character.

In 1982 and 1984 respectively, she was involved in a few minor films. They were Split Image which was directed by Ted Kotcheff, Until September which was directed by Richard Marquand and Starman. In 1982, she debuted on Broadway in the production of The Monday After The Miracle, in 1983, she did an off-Broadway play called Extremities, and in 1987, she appeared in The Glass Menagerie.

In 1988, she returned to the big screen in the Christmas comedy, Scrooged, and later did Challenger, where she took the role of Christa McAuliffe, one of the seven victims of the Challenger disaster. In 1992, she did Spike Lee’s film, Malcolm X and a small supporting role in The Perfect Storm.

In 2008, she reprised her role of Marion Ravenwood in the sequel, Indiana Jones and the Kingdom of the Crystal Skull. She also has a long-standing relationship with the Berkshire Theater Group. In 1981, she appeared in the play, Two for the Seesaw in Stockbridge, Massachusetts. She also tried her hand at directing small films such as a A Tree. A Rock. A Cloud., which won the Best International Short at the Manchester Film Festival.

Karen Allen has had an impressive career as an actress. Her appearances in popular big and small films have earned her a lot of international recognition. For her contribution to the arts, Karen was awarded the Saturn Award for Best Actress for her role in Raiders of the Lost Ark.

Net Worth, Salary & Earnings of Karen Allen in 2021

Karen Allen has had an incredible career as a stage and film actress. She has appeared in some big films and has also been involved in a number of many other projects. In her lifetime, the efforts that she has put in many of her projects have earned her a net worth of $12 million as of 2021.

Karen Allen’s performance as an actress has been incredible and has earned a lot of respect for her contributions to the craft. It is also incredible what she has done for her son and the sacrifices she made to spend more time with him. 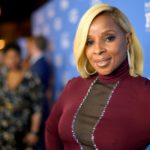 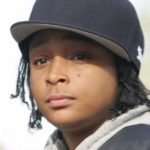