Karen Sheila Gillan is a Scottish actress as well as a filmmaker. She rose to fame after she portrayed the role of Amy Pond in Doctor Who from 2010 to 2013.  She later relocated to the US and received recognition for playing the film Oculus and Selfie. She has received widespread success in Marvel Cinematic Universe as Nebula from 2014 until now. She has portrayed several other roles and has won many awards and honors.

Karen Gillan was born on 28 November 1987 in Inverness in Scotland. She is the daughter of Raymond and Marie Gillan. She comes from a Christian family, precisely a Catholic background, but she says she was not baptized. She also does not practice any religion herself. She wanted to pursue an acting career and moved to Edinburgh when she was sixteen.

Gillan attended Telford College, where she completed her HNC Acting and Performance Course. She later moved to London when she was eighteen and continued her acting course at the Italia Conti Academy of Theatre Arts. While here, she was contracted by a modeling agency and worked London Fashion Week in 2007. Still, she did not give up on her dream of an acting career.

Karen is currently not in any relationship. She has also never been married and does not have any kids yet. She has dedicated most of her time to her acting career more than anything else. Relationship and family will come later after she feels accomplished in her career.

Gillan is straight as far as sexual orientation is concerned. Although she is not in any form of relation, there is no justification that she could be lesbian or gay. She is just a lady who is determined to grow her career before she starts a family for herself.

Her first acting role was an episode in ITV, Rebus, which made her drop out of college. For two years, she was a cast member of the Sketch Comedy series, THE Kevin Bishop Show, where she took several roles like Angelina Jolie and Katy Perry. Her major breakthrough came when she portrayed the role of Amy Pond in the series Doctor Who. Earlier, she had appears on “The Fires of Pompeii,” a series four episode of Doctor Who.

She made her first theatre appearance by taking the role of Shirley in the play “Inadmissible Evidence,” together with Douglas Godge. The same year, 2011, she appeared on a television film, “We’ll Take Manhattan,” as supermodel Jean Shrimpton. Her main film in 2013 was “Time to Act.” She also appeared in the third season of “A Touch of Cloth.”

She took a lead role in an American single-camera sitcom, Selfie, which was produced by Warner Bros. the same year. She was cast in the western film, “In a Valley of Violence,” which was directed by Ti West. 2015 was a great year for her because apart from being cast in the film, The Big Short, she also wrote, directed the film Coward. The same year, she also wrote and directed the film, Conventional.

She has appeared in many other films, which have earned her a lot of awards. In 2020, she was cast in an adventure drama, The Call of the Wild. She will also be starred in the action film Gunpowder Milkshake and Dual, which will be filmed in Finland.

Gillan has filmed in many films, which have earned her many nominations and awards for her great works. In 2010, she was nominated as Best Actress by TV Quick Awards. As an entertainer, she won Young Scot Award in 2010. She was awarded by TV Choice Awards and a nomination from Scream Awards as Best Actress in 2011. She has also been nominated by such associations as MTV Movie & TV Awards, Teen Choice Awards, and Saturn Awards, among others.

Net Worth, Salary & Earnings of Karen Gillan in 2021

Gillan has earned a lot of money from her career as an actress. She has also worked as a model, which has also been a great source of her income. Apart from that, she has written and directed various films. She has accumulated an estimated net worth of $3 million as of 2021. This amount will definitely increase in the coming years as she is very passionate and hardworking in her career.

Karen Gillan is considered one of the most actresses in the world. She is loved by many and a lot of people like watching her movies. Within a short period of time, she has been acting and has become very popular and becoming even more famous with each new release. 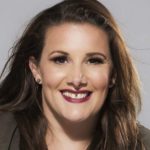 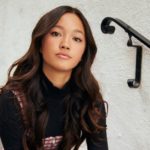