Caroline Giraldo Navarro is a Columbian singer and songwriter professionally known as Karol G. She is described as a reggaeton and Latin Trap artist, although she has tried other genres like reggae and sertaneja. Her presence in the reggaeton industry has highly been noted by many. She is a recipient of various awards like the Latin Grammy and Billboard Latin Music Awards, among others. Here is a short biography of Karol G in 2021.

Karol G was born on 14 February 1991 in Medellin, Columbia. She was born together with two other siblings, and she is the youngest of them. Karol G has not disclosed much concerning her family, and the named of her parents are not known. One of her siblings is called Jessica.

She started performing during her teens when she appeared in the X-Factor, Columbian version when she was fourteen years. One year later, she obtained a record contract with Flamingo Records from Columbia and Diamond Music from Puerto Rico. It is at this time that she chose her stage name Karol G.

Karol G completed her high school education at Calasanz School. She released various songs like “En La Playa”, “Por Ti”, “Dime Que Si”, and “Mil Maneras” before she joined college. She enrolled at the University of Antioquia to study music. She used to the backup singer for artists like Reyton during her college years. After college, she travelled to Miami in order to meet Universal Record but was not signed as they feared that being a female would not do well in the reggaeton genre.

Karol G and Anuel AA, a Puerto Rican rapper, met in 2018 after his release from prison. They were set to release a video for their song “Culpables.” They started dating and confirmed their relationship in January 2019. She confirmed to be engaged to him during the Billboard Latin Music Awards when she arrived wearing a diamond ring. However, they ended their engagement in March 2021.

No. Karol G has a straightforward sexual orientation. She is neither lesbian nor gay and has never had such rumors. She is currently single but was previously in a serious relationship with Anuell AA before they broke up.

After her request to be signed by Universal Records was declined, she and her father decided that she will work independently on her career. She started touring various colleges in Columbia, clubs, and festivals as well. After gaining increased publicity, she met with Nicky Jam in 2013 for collaboration in the song “Amor de Dos.” She felt that her career was not progressing well and decided to move to New York in 2014.

After attending music business administration classes, she was able to learn more about the industry, and this motivated her to continue with her career. Her song “Ricos Besos” became a great hit. She was signed to Universal Music Latino and released such songs as “Casi Nada,” “Hello,” and “Muneco de Lego.”

She became a judge for the Pequenos Gigantes show, where she offered advice to children between 6 and 11 years to take part in the show. She collaborated with a Puerto Rican Trap artist, Bad Bunny, to release “Ahora Me Llama”, which became a great hit. She released her debut studio album, “Unstoppable” in October 2017. The album peaked at NO. 2 on the Billboard Top Latin Albums Chart. Her song “Mi Cama” became a huge success and was followed by “Culpables”, which featured Anuel AA.

Since 2019, she has released such songs as “Secreto,” released in January 2019. She released her debut album “Ocean” on 3 May 2019. She then collaborated with Daddy Yankee, Anuel AA, J Balvin, and Ozuna for the song “China” in July 2019. Her single and video of the song “Follow” featuring Anuell AA were recorded while in Miami for quarantine due to the COVID-19 pandemic. She then collaborated with Jonas Brothers for the song “Flirtatious.”

As of 2021, Karol G has accumulated an estimated net worth of $10 million. She has made this huge amount of money from her singing career. She has released a number of albums and singles as well, which are very popular. She has also collaborated with many popular artists, which has helped her to become more famous.

Karol G is one of the most successful women in the reggaeton genre. With the support of her father, she has become very famous. After Universal Records rejected her, she decided to attend various concerts to gain fame in her career. Later, she decided to take music business administration classes which greatly helped her in the music industry. 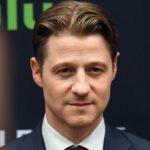 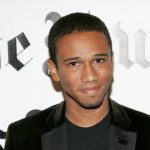