Karol Sevilla is a Mexican actress and singer, songwriter and YouTube personality. She is become popular for appearing in the Disney Channel original series called “Soy Luna” as Luna Valente which started in 2016. She also featured in the television drama series titled “La Rosa de Guadalupe” from 2008-2016.

Karol Sevilla was born Karol Itzitery Pina Cisneros on November 9, 1999 in Mexico City, Mexico. She is the actress daughter of Javier Itzitery Pina and his wife Carolina Cisneros. She had a fun childhood growing along with her older brother Mauriciao and her step-brother Angelo. The acting was just her dream career ever since she was a child.

Karol has not disclosed information of where she attended her junior school. We can however conclude that she was a bright student for she is a graduate from the CEA Infantil(Centre for Arts Education) having studied for two years.

Besides her acting career Kariol happens to also be someone’s girlfriend. The beauty id romantically involved with Loinel Ferro the Argentine YouTube Star. The couple sparked their love in the year 2017 and they have been noted to show their love publicly through their Instagram account declaring their love for each other.

Karol has never had any interest in being involved in a relationship of the same gender. She is now in a fulfilling relationship with the love of her life Loinel Ferro.

Karol Sevilla started her career at the age of 6 years after she started appearing in commercials. Then in 2008, she made her first screen appearance. She started by appearing in Broadway Production such as Timbiriche, Fantabulosa, and The Wizard of Oz amongst many more.  In the same year 2008, she became a cast in the family drama series La Rosa De Guadalupe playing in the same role till 2016.

The talented actress also appeared in yet another Mexican Telenovela called Paravolver Amar playing as Monse from 2010-2011. She also landed a guest role in Amorcito Corazon in late 2011. Then Karol also starred in the drama series Como Dice El Dicho as Renata from 2012-2014. In 2006 she engaged into the music industry and in 2008 she landed some epic roles in acting in the entertainment industry.

Despite having starred in several series her breakthrough came in the year 2016 when she became a cast in the Disney series titled Soy Luna where she played the role of Luna Valente. This role launched her career to greater heights for she was even recognized internationally. The role also made her win many awards as a result of her remarkable performance.

She also voiced the character, Dani Fernandez, in the 2018 American comedy series Ralph Breaks the Internet. She has also voiced other characters in films like Soy Luna: The journey, Pequenos Gigantes, and Junior Express.

She is also a musician who has graced several musical tour since she started her career.

Then in 2018 and 2019 she again won the Kid’s Choice Awards in Mexico, Argentina as the favorite actress for her role as herself. She has also been nominated for Kids choice awards and Tu’ Awards in the year 2016 and also received a nomination for Eliot Awards Mexico in the category migratory where she appeared as herself.

Net Worth, Salary & Earnings of Karol Sevilla in 2021

Karol has an established career as an actress, singer and songwriter. She garners most of her wealth through her career as an actor. She has starred in several series which are highly rated and that translates to higher pay. Besides her acting career, she also makes several musical tours performing for her audiences.

Additionally, Karol has appeared in notable advertisements and this has equally contributed to her massive worth. As of 2021, she boasts of a net worth of $5 million and these figures will continue to increase as she is still currently working on other projects that are going to be launched soon.

Karol is a young enthusiast who has a bright career ahead of her. Since she started her career in acting she has received numerous awards proving that her skill is exceptional and stands above the rest. There is no doubt that she will continue to grace our screens in other films and movies making us love her even more. 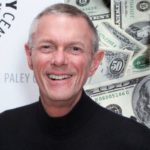 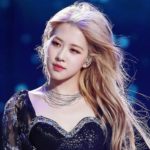