Kash doll is an American rapper that works under republic records. This American rapper is best known for her singles,  ice me out, and everybody who has attracted many fans.  Due to her excellent music, Doll has collaborated with famous artists like Dreezy, Summer Walker, Iggy Azalea, Big Sean, The City Girls, and K Michelle.

Kash doll came into this world on 14th March 1992 in Detroit, Michigan, where she grew up. She’s the firstborn among her siblings and started working when she was young to support her family. She got an interest in music from a very young age and wrote lyrics for various songs. She went to Henry Ford college to study business management but later dropped out after one year.

To continue supporting herself and the family financially, she started to work as a dancer in the adult entertainment industry. At the same time, she started to rap and began earning money from patrons at the nightclub without dancing. Some of his nights as a rapper in nightclubs paid off since she once made $26,000 for a night.

Kash doll went to Detroit City high school, where she graduated. Later she joined Henry Ford College to study business management but dropped out after one year. Doll left school due to her financial crisis and to help support her family.

Kash doll is still single, but many rumours are circulating on the internet about her relationships. However, this American rapper is yet to confirm these claims but, Doll keeps her personal life away from the limelight and pays attention to her career as a rapper. However, reliable sources claim that she is currently dating rapper, Tracy Richardson

Kash doll is among the best rappers in America; hence she has many fans who support her work. However, fans come with some inconveniences since they often want to learn about personal issues, including sexuality.  Kash doll is straight since all the rumoured relationships are with male partners. Currently, reliable sources claim that she is dating Tracy T, a rapper, but she is yet to confirm.

Kash doll started her career by performing at local clubs and schools and doing charity events in the Detroit area. She also signed contracts with the local record company that later fell through. She started to post short videos of herself rapping on social media like Instagram to build a following. Later, musician and singer Drake invited her to perform on his summer sixteen tour stop in Detroit.

Doll later remixed Tinashe’s single “2 On” and in 2015 and released a video for a single called Run Me My Money. This music video went viral on the internet and had a widespread appreciation for the song. In the same year, Doll launched the mixtape Keisha vs Kash Doll, and she appeared on the song So Good in 2017 by Big Sean and Metro Boomin. Kash then released an E.P. in 2018, the Vault, on all popular streaming platforms. The music video for everybody in the E.P. became very popular and received more than 10 million views on YouTube.

She released another mixed tape on her 26th birthday, brad Mail which she dedicated to her fans and followers. Later, Doll signed a deal with Republic Records releasing her first single and called it to ice me out. She then released the song hustle in 2019, in which she described her experience of working at strip clubs. She then recorded her single with Lil Wayne cold kitten and featured on Australian rapper Iggy Azaleas’ new single fuck it up.

Kash Doll is among the top American female rappers receiving recognition for her great content. She received bet social awards for Issa Wave. She has not received many awards till now, but she’s making progress in her career and is likely to win big awards in the coming years. Besides, she has a YouTube channel with more than 425k subscribers and received more than 120 million views.

As of 2021, Kash doll’s net worth estimates to $2 million that he has made through her successful career as a rapper. She has released several commercially hit music albums, singles, mixtapes, and E.P.s. Some of them include The Vault[, Run Me My Money, Dancin, So Crazy, Ice Me Out, Ready Set, and brat mail, among many others.

Additionally, she has collaborated with several famous musicians, singers, and rappers in her career like Big Sean, Iggy Azalea, summer Walker and many more. Other sources of income include performances at live events, musical tours, stage shows, and concerts that help increase her net worth. She continues to make good music, and her net worth is likely to increase with time.

Kash Doll is a famous American rapper who has established a name for herself thanks to good music. She kicked off her career as a night club dancer to earn enough money for her family. Due to her musical talent, she started earning a few dollars after starting rapping in nightclubs. Her story teaches people that they are unstoppable as long as they focus on their dreams despite their family background. 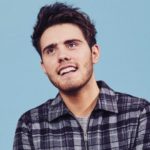 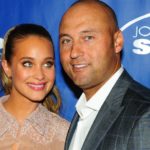