Kathryn Ann Sackhoff is an American actress known for her performances in shows like Battlestar Galactica, in which she played the role of Lieutenant Kara “Starbuck” Thrace. She is a great actor and has played roles in several other shows and has also voiced in a few of them.

Kathryn Ann Sackhoff was born on April 8, 1980, in Portland, Oregon, in the United States of America to father Dennis Sackhoff and mother, Mary Sackhoff. She was born in Portland but was brought up in St. Helens. Her mother was an English as a second language (ESL) programs coordinator, and her father worked as a land developer in Portland. She has a brother named Erick, who is the co-owner of a vehicle modification shop. They were a small family who led a normal middle-class life.

She is a healthy eater, and her YouTube channel is full of videos recommending healthy food, yoga, meditation, etc. She takes care of her physique and has many training videos available on her YouTube account related to it.

Katee attended Sunset High school in Beaverton and graduated from there in the year 1998. She later joined Santa Monica College in California. At a very early age, she began swimming. She also planned to make a career in it, but unfortunately, she could not go further due to a knee injury. This resulted in her turning towards yoga, which she still practices every day.

She was a decent student in school and was very much into sports until high school. Through yoga, she found peace in her life and decided to pursue acting as a career. Although she has a knee injury, she visits the gym every day and motivates herself to push through the pain.

She was married to Karl Urban until 2018, when they finally got divorced. They tied the knot in the year 2014. She began practicing and performing Transcendental Meditation in the year 2015. She, later in life, met Robin Gadsby in the same year she got divorced, 2018 in Vancouver, British Columbia. The couple decided to take their relationship further and finally got engaged on her 40th birthday.

Kathryn Ann Sackhoff started her career when she moved to Los Angeles at the age of 17. She started with the role of a teenage girl who had a baby in the lifetime movie “Fifteen and Pregnant,” which also starred Kirsten Dunst. After that, she made her motion picture debut from “My First Mister,” and she also got a recurring role in MTV’s “Undressed.”

She is best known for her performance in the show Battlestar Galactica in which she played the role of Lieutenant Kara “Starbuck” Thrace. She got numerous awards and appreciation from this show. She has such a great persona that the director and producer of Battlestar Galactica were reluctant to ask the writer to create the role more complex and volatile.

She was also cast in a short-lived NBC series Bionic Women. She played the lead role in a sci-Fiction movie called “The last sentinel” and “White Noise,” the supernatural thriller. She played the lead character in the movie “How I Married My High School Crush” and also had guest appearances in some other movies and shows, including ER, Law and Order, Cold Case, and Robot chicken. She also gave her voice to the female lead of “Halo 3”. She has worked in a number of other shows, including Star Wars, Call of Duty, Power Rangers, etc.

With her hard work and zeal, she has been able to achieve a lot of success in life. She had got a huge fan face and has an impressive number of subscribers on YouTube as well. She has got so much fame from the very first show that she did. She has been nominated for different shows and movies in different categories several times.

In the year 2005, she won the Saturn Award for the best performance in a supporting role for Battlestar Galactica. She won the award and was also nominated for three consecutive years, i.e., 2006, 2007, and 2008 for the same show. She also got the Fangoria Chainsaw Awards in the year 2015 for Oculus in the category of Best Supporting Actress.

Net Worth, Salary & Earnings of Katee Sackhoff in 2021

As of 2021, The estimated worth of Katee is $5 million. She has earned it all by herself. She made it to the top-notch actresses in America. She has a huge fan base too.

When she was completing shooting Battlestar Galactica, she started to feel sick and weak physically. But still, she pushed herself to the end and completed her project. After that, she went to the doctor and checked herself out. The doctors revealed the reason for her weakness was thyroid cancer. She was strong, and did not undergo radiation therapy after surgery, and was in remission by February 2009.

Despite coming from a non-filmy background, she made it to the top actresses in America and made a mark for herself. The path has been tough, but she traveled it and achieved it all. She now has everything that one dreams of. She never wanted to become an actress but a swimmer. But destiny had its own way for her. 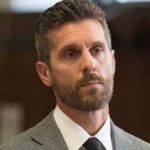 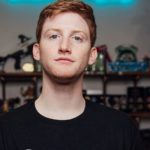