Katherine Kelly Wageman, popularly known as “Katherine Kelly Lang,” is a Hollywood actress based in the United States of America. She is famous for her role of Brooke Logan in The Bold and Beautiful, a CBS Soap Opera. Some of her other works in Hollywood are Monolith and Jocks.

Katherine was born to her parents, father Keith R. Wageman and mother Judy Lang, in Hollywood of California, United States, on the 25th July of the year 1961. Kelly’s father was an Olympic champion for ski jumping, and her mother was an actress, and Kelly is the granddaughter of Oscar-winning cinematographer Charles Lang.

Kelly attended the Beverly Hills High School located in Hollywood, California, for her schooling and while there, she focused and aspired to become a DJ and an Olympic Athlete. She did not think about pursuing acting at that point in time, due to which she attended very few drama lessons.

Kelly is known to have married twice in her entire life. She was first married to Skott Snider from the year 1989, and they got divorced in 1995. They have two children, namely, Jeremy Skott Snider and Julian Lang Snider. Later she tied knots with Alex D’Andrea in the year 1997, and they have a daughter together, namely Zoe Katarina D’Andrea. However, Kelly filed for divorce in the year 2012, and her marriage of 15 years came to an end officially in June of 2014 due to “irreconcilable differences” as per her statement.

Even though Katherine has been married only twice in her life, both her marriages were to men, and she even has her own children with them, making it safe to conclude that she is anything but of homosexual interests. She identifies herself as a straight woman.

Katherine debuted without any preparation as Patrick Swayze’s sister in the movie Skatetown, the U.S.A that released in the year 1979 as the producers saw her on the sets and thought her to be a good fit for the role. She started to receive more roles soon after, and she decided to appoint a manager and bagged Television Shows like Happy Days of the year 1974, The Last Precinct of 1986 and Magnum, P.I. of the year 1980. She has also been part of various music videos by the famous band The Beach Boys, where she portrayed the character of a modern California girl.

Kelly became famous overnight and received unexpected love and attention after she played the role of a blue-collar chemistry student, Brooke Logan, who was destined for her riches in the movie The Bold and Beautiful that was released in the year 1987. She became popular after this movie and enjoyed her status; this popularity resulted from her role’s involvement in a love triangle with Ridge and Taylor. Her role’s rivalry with Stephanie also played an important role for Kelly to become one of the two initial cast crews, which is still being featured on the show as of 2015.

Kelly also appeared on sister shows Young and Restless that aired in the year 1999 and 2007, respectively. She also made a guest appearance playing herself on the Australian soap opera show Neighbours that aired on 10 Peach in 2016. She was also a part of the AustralianT.V.V show,” I am a celebrity…Get me out of here,” as a contender in its 5th season that aired during the year 2019.

Apart from these, she also appeared in several movies like The Night Stalker, Made in the USA and Till the End of the Night.

Net Worth, Salary & Earnings of Katherine Kelly Lang in 2021

Kelly’s net worth is around $15 million, estimated as of current year 2021. Most of this is generated from her career as a successful actress, public appearances and various brand endorsements. She was a regular actress in the CBS drama Bold and Beautiful for which she received a handsome sum of money as salary.

Katherine Kelly Lang is a well-known actress around the world. Even though she never thought of pursuing acting as her full-time career, her skills attracted attention. Her hard work and dedication reflect from her work, and she is really appreciated by a lot of people around the world for her commendable job. 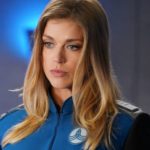