The world of comedy is one of the most important part of human psychology. For some people, they take comedy as a job just like any other but the truth is, comedy is much more than a career. it is not only about entertainment but it is also about bringing people together, adding more years to their life through laughter and giving them an opportunity of looking at life in a new way. For Kathryn, she understood how important it was to become a comedian.

Despite the challenges and many people’s assumption that this is a field meant for men, she was ready to pay the price and face all the challenges that came with it. Today, she is known as one of the best American actresses and comedian. At the same time, she is also known as a producer. She started off on television in Crossing Jordan where she starred as Lily Lebowski.

For those who were lucky enough to be born on the 23rd of July in 1973, you are lucky to share a birthday with Kathryn Hahn. This beautiful queen was born in Westchester, Illinois in the United States of America to Bill Hahn and Karen (nee Bunker). Although Kathryn is not very mean with information about her personal life, she seems to be a woman of few words.

It has also been evidenced that she makes a mere mention of the things she feels are important and leaves the rest. Therefore, it has proven quite difficult to tell whether she is the only child or she has siblings since she doesn’t talk about them. Kathryn is American with mixed ancestry of Irish, German and English.

Kathryn was born in Westchester, Illinois but most of her years in life were spent in Cleveland Heights, Ohio and this is also the same place where she spent most of her school years. For her schooling, she was enrolled at St. Ann’s Catholic school in Cleveland Heights but she didn’t graduate from there, she therefore enrolled into Beaumont School.

Although she was sure she wanted to join the film industry she still valued education. After graduating from high school, she joined North-western University and she obtained a Bachelor of Arts degree in theatre. She again enrolled in Yale University and graduated with Masters of Fine Arts in drama.

As we mentioned above, Hahn is not very much into details and therefore, she only mentions a few things about her life but doesn’t go into details. When it comes to her love life, things have not been any different. She met Ethan Sandler and the two fell in love and were ready to live together as a man and wife. Therefore, they got married in 2002 and they have been together since then.

The couple has been blessed with two kids. A son named Leonard who was born in 2006 and a daughter named Mae who was born in 2009. Almost twenty years down the line and the couple is still living together and happily in love with each other. There is however no information of her past relationships before she met her current husband.

Kathryn might be secretive and she might not be very outspoken. However, since it is clear that she has been married to the same man for almost 20 years and have two kids together. This is enough to prove that she is not a lesbian.

Kathryn made her professional debut on a children’s program that was titled Hickory Hideout. This was a television program and a local puppet show aired on WKYC Cleveland that was owned by NBC at the time. Although it was later cancelled, it had been aired in almost all of NBC’s O&O stations. She was later introduced to Tim Kring who was a creator/producer while attending a festival. Kring was so impressed by Kathryn that he gave her the opportunity of creating the Lily Lobowski character in Crossing Jordan.

This was a successful series that was aired from 2001 to 2007. Although Kathryn knows she is a great actress and a comedian, she also says that Kring and NBC took a leap of faith to cast her. Since she started off in the film industry, she has been featured in many projects. Some of these include; Around the Bend, How to Lose a Guy in 10 Days, The Legend of Ron Burgundy and A Lot Like Love.

Kathryn Hahn has been in the film industry for many years now and over the years, she has managed to bag several awards and nominations. Some of these include; Palm Springs International Film Festival, Critics’ Choice Television Awards and Screen Actors Guild Awards among others.

Net Worth, Salary & Earnings of Kathryn Hahn in 2021

Apart from the list of awards and nominations, Kathryn has also earned a fortune from her hard work. As of 2021, she has a net worth of $3 million. Things can only get better since she is still a great actress to date.

Passion and determination is all you need to succeed in every career you venture into. This is one thing that we’ve learnt from Kathryn’s life. 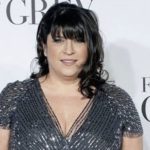 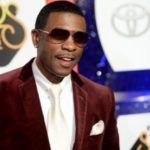