Keir Gilchrist is a British actor who gained prominence with his performance of the neurotic, know-it-all 18-year-old Sam on the Netflix series Atypical. He played the central character in the series who suffers from autism and showcases his life struggles navigating through high school and girls. His character helped shed much-needed light on the issue of autism and the struggles of being a teenager.

Keir spent his nascent years in a ballet school in London and later went on to attend the Annex Children’s Theatre. He also attended the Vaughan Road Academy.

Keir is represented by –

Keir has been a part of the WWOOF program, which is Willing Workers on Organic Farms.

Additionally, he has done endorsement work for the following brands –

Keir Gilchrist made his theatrical film debut in the dramatic comedy The Right Way as Young David in 2004.

Keir Gilchrist made his television show debut on the romantic drama Queer as Folk as Jim Stockwell Jr. in 2003. 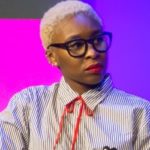 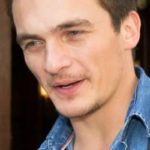