Kellie Shanygne Williams is an American actress, stage artist, producer, and entrepreneur who is best known for playing the role of Laura Lee Winslow in the ABC/CBS television series, Family Matters, from 1989 to 1998. She has also appeared in other on-screen projects including What About Joan?, Christmas in Carolina, Eve, Steppin: The Movie, The Parkers, Girlfriends, Moesha, In the Mix, and Oddville, MTV.

Kellie studied at the University of California, Los Angeles as a Psychology major. 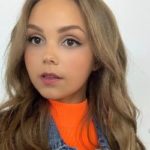