Creativity and good connection might be all you need to have your loving on the go in whichever field you are in. For many celebrities and entrepreneurs, what have made them as successful as they are today is their commitment as well as their creative mind. The secret of making it in the business world is knowing what exactly works best for you and working towards perfecting it.

This is the same thing Kendra Scott did and thanks to her innovativeness and expertise in the fashion world, it was easier to excel and become the successful fashion designer she is today. Kendra has many titles some of which include; lead designer, Executive Chairwoman as well as former CEO of Kendra Scott, LLC. She was also named Ernst & Young’s National Entrepreneur of the Year in 2017.

The success of Kendra doesn’t mean that she has been around for many year. Considering she is only in her 40s as she started counting her years on the 27th of March in 1974 means she is still very young. Kendra Scott is American by nationality as she was born in Kenosha, Wisconsin in the United States of America.

This girl seems to be very secretive as she rarely talks much about her personal life. Therefore, it proved impossible to find out the names of her parents as well as their occupation. At the same time, it is not easy to tell whether she is the only child or she has siblings as she doesn’t talk about them.

One thing however that is very clear is that her idea of joining the fashion industry was encouraged by her aunt. Kendra says her mother gave her a lot of support but the main person who she looks up to as her role model in this industry is her aunt. She also says that her parents inspired her to become a fashion designer but her aunt who was also a fashion designer played the biggest role.

Kendra is a woman who ca be said to be very straight forward and when she loves, she loves for real. Although she was born in Kenosha, Wisconsin, her parents moved to Houston, Texas in the United States and she was enrolled in the Klein High School and graduated from there. When she was a teenager, she fell in love for the first time after graduating from high school.

She was so much in love with this young girl that she had to follow the boy to Texas A&M University but she only managed to stay at the university for only one year. Her stepfather was not feeling well and therefore, she had to drop out of college at the age of 19 years to help with taking care of him.

John Scott married Kendra Scott, née Baumgartner on the 24th of June in 2000. Although their marriage lasted for only six years and they later divorced on the 22nd of August in 2006, they were happy to welcome two children in their marriage. Kendra decided to take time and raise her two children before getting into another commitment. Eight years later, after the end of her second marriage, she decided to try her luck in love once again.

She got married to Austinite Matt Davis on the 6th of June in 2014 in Sedona, Arizona. Unfortunately, this marriage also lasted for 6 years only and in September 2020, they divorce and went their separate ways. Just as it was the case with her first marriage, she also had a child with Matt making her a mother of three kids named Cade, Beck & Grey. Currently, Kendra is thought to be single and if she is dating, she has decided to keep it from the public.

Kendra Scott is a woman of principles. Although she has not been very lucky, her two marriages and the three kids is enough to prove that she is not a lesbian.

After moving back to Austin, Texas to help in taking care of her ill stepfather, she decided to open her first business known as The Hat Box. The business specialized in comfortable hat designs meant for women undergoing chemotherapy treatment. She sold what she calls “comfortable but stylish” pieces and some of the proceeds from the business was donated to cancer research.

Before she started her business, she would make and sell jewellery from home in Austin, Texas. Her company Kendra Scott LLC was founded in 2002 and her first collection were designed with $500 at her home’s spare bedroom after her first son was born. That marked the beginning of her successful career.

Scott is not only successful moneywise but she has also managed to bag many awards. These include; EY Entrepreneur of the Year National Award in 2017 and Breakthrough Award among others.

Net Worth, Salary & Earnings of Kendra Scott in 2021

Although Kendra Scott LLC was founded in less than 20 years ago, it has managed to earn Kendra a net worth of $550 Million as of 2021. As the business is getting better by day, there are chances that soon it will hit the $1 billion mark.

People don’t succeed because they have everything working out for their good. On the contrary, Kendra has proven that success comes with passion and hard work. 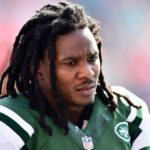 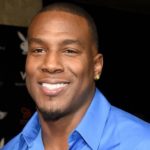