It is one thing to decide to try your luck in the music industry and it is another one to become an idol who is celebrated by everyone worldwide. When we see people perform and look at how they enjoy every single minute of their time on the stage, we think it’s such an easy task. What we don’t know is that these people pay a high price for their popularity.

Not all start their musical journey and are patient enough to watch them grow. But for Kevin Richardson, there was no stopping for him. He knew he loved to sing and that is what he wanted to do in his life and that is what he did. Today, he is a famous and successful singer, songwriter, model, and actor.

Kevin Richardson’s life on earth started on the 3rd of October in 1971 and he was given the names Kevin Scott Richardson by his parents. He is the son of Jerald Wayne Richardson Sr. and Ann C.  (née Littrell), who was living in Lexington, Kentucky in the United States of American at the time of Richardson’s birth. For this reason Richardson is an American by birth but his ethnicity is not known. His father worked as an outdoorsman and handyman while his mother was a homemaker.

Richardson is not the only child in the family as he has two brothers named Tim and Jerald Wayne Jr. with whom he grew up on their father’s farm. When Kevin was growing up, he enjoyed outdoor activities in such a way that at the age of four, he already knew how to ride a horse. It was at the church-owned youth camp where he father worked that he met his best friend Keith who is also a singer and now works like a bodyguard.

His love for music started when he was still a very young boy and by the time he was nine years old, he was an expert guitarist. Living his life in a big farm (10-acre) owned by his parents was an advantage for him as he was able to enjoy many outdoor activities. By the time he was in school, he started learning different activities like: playing little league ball, dirt bike-riding as well as horseback-riding. He attended Estill County High School but there is no information of his college life.

Kevin is not only a successful singer and actor, but he is also a great husband to his wife Kristin Kay Willits. Kristin Kay is a photographer, model, dancer and actress. The two got married in 2000 and up to date, they are still very much in love with one another. They met in June 1992 when they were both working at Disney World.

During one of their holidays, he proposed to her at the same place where their wedding ceremony was held. The couple dated for several years and on 17th June 2000, in rural Lee County, Kentuchy, at the famous Cathedral Domain Camp and Conference Centre, they exchanged their marriage vows. They have been blessed with two sons named Mason and Maxwell.

Kevin Richardson has been married to his wife Kay for more than 20 years now and together they have 2 sons named Mason and Maxwell. This is enough evidence that he is not gay.

Richardson is famously known for being a member of the Backstreet Boys group where his cousin Brian Littrell is also a member. On his modeling credit, he worked for a prestigious company known as Versace. However, he was not very much into modeling and much of his focus and effort was in developing his career in music.

Since he joined the music industry, he has done many albums some in the Backstreet Boys group while others as a solo artist. Some of his work include: I Want It That Way, Shape of My Heart and She’s got a Way among others.

Kevin has earned a lot of fame through his career in both the music and the film industry. Although we can’t list any awards he has won as at now, we can for sure agree that he has achieved a lot in both his careers.

Net Worth, Salary & Earnings of Kevin Richardson in 2021

Sometimes, it is not about fame but also about what you are able to achieve as an artist. For the many years Kevin has been in the music, film, and modeling industry, he has managed to earn a fortune from his hard work. As of 2021, His net worth stands at $45 million.

Apart from modeling and singing, Kevin has also been actively involved in the film industry. Actually, he has been featured in very many film projects some of which include: My Girl, This is The End, The Bloody Indulgent, and Love Takes Wing among others. 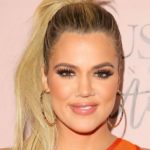 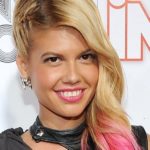