Marie is an American TV personality who got recognized when she appeared on the reality TV series which known as the real housewives of Atlanta. This was in 2008. She however left the TV series in 2012 just when the 5th season of the series was on. She later got an opportunity to star in another show on Bravo. She has ever since been a TV personality which has earned her fame.

She has worked with better and high profile TV personalities which have contributed a lot in her career. Besides that Marie a singer whereby she worked on an album in 2008. She was into the country music genre and with the passion she had, she got release a debut single which was a dance track known as tardy for the party in the year 2009. The following year she released an EP.

Marie, was born on the 19th of May 1978 which makes her a 43 year old woman. She was born in Pensacola, Florida to a family that were mostly into the military world. As much as she was born in Pensacola, Marie was not raised there as grew up in Windsor locks, Connecticut. She had able parents who raised her very well which is very clear that Marie was in a good and stable upbringing.

She is a daughter to Karen and Joseph and a sister to Michael all of them coming from an Italian ethnicity. At a very young age that was as young as 17, Marie had an affair with police sergeant which later on resulted to the officers firing. Marie had a pretty interesting childhood years as she had experienced more.

Beautiful Marie is an educated woman who attended school in east catholic high school which was in Manchester, Connecticut back then in 1996. She graduated and proceeded with her education at the University of Connecticut. There she pursued nursing. She later on graduated and after her studies she moved from Connecticut where she attended school and joined her parents where they lived that was in the suburb of John’s creek where she settled.

Marie has been in two relationships, one she was with Daniel Toce whom they were together from 2001 to 2003 till the relationship ended. Together with Daniel she had two daughters by the name Ariana Lenee who was born in October 17th 2001 while Brielle Karenna who was born on 25th of February 1997.

In 2010 on May during a charity event she met with kroy Biermann who is known to be a football player. The couple developed their relationship from a friendly Ivel to getting a married at their home in Roswell, Georgia.

The couple got four kids together that was Kasha who was born in on the 15th of August 2012, Kroy born on the 31st of May 2011 then Kane and kais who are twins were born on November 25th 2013. Kroy her second husband made a decision two adopt the first daughters of Marie who later on changed their last names to Ariana Biermann and Brielle Biermann.

Marie also publicly admitted she had a romantic relationship with DJ Tracy young.

Marie is an American TV personality that took the people’s attention when she appeared in a TV series that was the original, housewives of Atlanta airing on Bravo in the year 2008 on the 7th of October. She however left the TV show sometime later to another one where she was featured together with her then fiancée which was known as don’t be tardy for the wedding which were their wedding preparations chronicles.

She then went back to her first shoe, real housewives of Atlanta. She got another opportunity where she starred in another reality show Bravo with Ellow the real housewives cast member. Aside from that she is also a singer. She released her first country music album in 2008 following an EP in 2009.

Unfortunately Marie has not received any awards yet. However, we cannot ignore the fact that she has been able to appear in a couple of TV shows ranking her as one of the most high profile TV personalities. This is well a huge achievement for and looking forward to see her getting awards as she deserves.

Net Worth, Salary & Earnings of Kim Zolciak in 2021

Being a very successful and industrious woman as far as her careers are concerned it is evident that she earns from it. Her net worth is estimated to be $4 million as of 2021.

Marie is scandalous- Marie has been attracting drama from a young age making most tv shows wanting her in the space. As mentioned before, at the age of 17 Marie was said to be involved with a 43 year old man making her make headlines.

Marie is not only a hardworking woman but also interesting in many ways. Besides getting featured in TV shows, she has as well-made a move to work on her music career which she has shared it with the rest of the world. 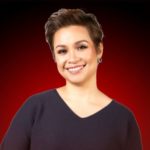 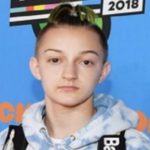