Is anyone fond of listening to urban contemporary choirs like The Family, God’s Property, and One Nation Crew? Kirk Franklin is an American choir director, musician, singer, songwriter, and author who is famously associated with them. He is popularly known for winning 16 Grammy Awards. He is also hailed as ‘Reigning King of Urban Gospel’.

Kirk was born on 26th January 1970 in Fort Worth, Texas. He was abandoned by his mother and was raised by his aunt Gertrude. She used to recycle aluminum cans to raise money to raise him. From a very young age, Kirk was interested in piano and was able to play by ear while reading and writing music. He joined the church choir as a music director of Mt. Rose Baptist Church adult choir just at the age of eleven.

Kirk studied music with Jewell Kelly and the Singing Chaparrals at Oscar Dean Wyatt High School. He didn’t go for higher education as by that age, and he already had quite a few contracts and albums by his name.

Kirk is married to Tammy Collins. They got married in 1996 after a long relationship. They both have a child each from their previous relationships. Kirk had a son Kerrion and Tammy had a daughter Carrington. They also have two children together, Kennedy (daughter) and Caziah (son). Kirk himself admitted on ‘The Oprah Winfrey Show’ that he was addicted to pornography earlier, but he controlled and ended it later.

No, that does not seem to be the case from the available information. Kirk is married to Tammy Collins, and they also have four children in total together. So, we can assume his sexual orientation as Straight.

He formed a gospel group, ‘The Humble Hearts’, through which he got the attention of Milton Biggham, who was also the director of the Georgia Mass Choir. That turned out to b the turning point of his career, and he was selected by Milton to lead the DFW Mass Choir and then the 1990 Gospel Music Workshop of America. He debuted with the album ‘Kirk Franklin and the Family.

After that, he never turned back and came up with any other albums like ‘Whatcha Lookin’4’ and ‘God’s Property. He won Grammy Awards for both these albums. He came up with ‘The Rebirth of Kirk Franklin’ debuting in his singles career, which was stood on number 4 on the Billboard 200 while remaining on the Gospels Albums Chart for 29 weeks.

’Hero’ and ‘The Fight of My Life’ were again his chartbuster hits. From 2013 onwards, he also started composing and producing both solo music and collaborations. He also brought his own imprint, ‘Fo Yo Soul Recordings, ’ and went on several musical tours.

He has been very fond of combining charismatic gospel with R&B and Hip Hop, which has further lead to the widening of his base. In 2010, after the Port au Prince Haiti earthquake, Franklin assembled a huge crowd and sang ‘Are You Listening’. His ‘I Smile’ was the first hit on the Billboard Hot since 2005 and remained on top for several weeks. Kirk also produced Tori Kelly’s album Hiding Place’ and launched the Exodus Music and Arts Festival in Dallas. He also brought Long Live Love in 2019.

Franklin has won many awards over the years for his songs. Other than winning 16 Grammys, he has also won GMA Dove Awards, BET Award, Soul Train Awards, and Stellar Awards multiple times under various categories.

Net Worth, Salary & Earnings of KIRK FRANKLIN in 2021

Kirk has been a huge name in the music world who has some chartbuster and Billboard topper songs under his name. So undoubtedly he also has a decent-sized net worth. Kirk has a net worth of around $10 million as of 2021.

Kirk Franklin is a huge musical name. Known for 16 Grammys and even hailed as the ‘Gospel King of Urban Gospel’, he has made a big name for himself. From being abandoned by his mother and raised by his aunt, he started learning music from a very young age. From being selected from just a choir to going on to winning 16 Grammys, he has come a long way.

He is happily married to his long-time girlfriend, and they have four children together. Other than some chartbusters and table topper albums, he is also known for doing some experimental songs, which have also been received well. At last, we wish him luck on his outstanding career, and thank him for giving us some great songs. Also, we would like to wish him all the best for the future, hoping that he gives us many more songs to cheer. 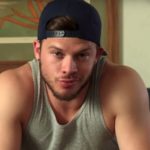 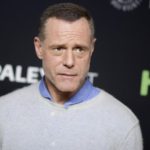