Kordell Stewart, most commonly known as “Slash,” is a former professional American football player. He played eleven years in the National Football League (NFL). Slash was the 60th player to be selected in the 1995 NFL draft. He often played at quarterback and played in the wide receiver, running back, and even punter.

Kordell was born in New Orleans, Louisiana, in the year 1972 on the 16th of October into the family of Robert Stewart Sr. and Florence Stewart. One of his siblings named Robert Stewart Jr, is to be known. The profession of his parents and the names of his other siblings, if any, is not known.

Kordell went to John Ehret School for his high schooling. There he completed his high education and then moved to two other Universities. He then went to the University of Colorado. He got selected in the NLF Draft, being the 60th player on the list from the university. Then he played a match with the University of Michigan and beat them and came to be known as The Miracle at Michigan. Then he had a bright career after all these. He exceeded in the field of sports, which was football for him as a career option.

Kordell once married to women, name not mentioned. Then they didn’t have an enduring and successful relationship, so they got divorced. Then Kordell got married to a well-known American television character Porsha Williams. They first dated each other and then tied knots with the blessing of the almighty. After three years of togetherness, they decided to get free from this relationship, so they got divorced in 2013.

Then soon after that, he then again started dating Tania Richardson, with whom he was before Porsha. They, too, after a lot of misunderstanding, got divorced. At present, Kordell is single and declared to be unmarried. He is not dating anyone right now.

Kordell started playing under the Pittsburgh Steelers franchise from 1995 till 2002, then he swiped over to the team of Chicago Bears in the year 2003. He then played under Baltimore Ravens in the year 2004 till 2005. He is ranked at the fourth position behind Cam Newton, Steve Young, and Jack Kemp in the NFL quarterbacks. He is on the list of ten top players by the NFL Network.

Talking about his career statistics as an American footballer, his total passing yards are 14,746, and he has a passer rating of 70.7. His total rushing yards are estimated to be 2,874.

Net Worth, Salary & Earnings of Kordell Stewart in 2021

Kordell Stewart has an expected net worth of $15 million as of the year 2021. He earns good out of his sports career being a quarterback player in football. He joined and played under many big franchises and earned himself a good net worth. He is expected to maintain a luxurious life out of his income and is a person who loves to spend money on brand new shoes.

Some interesting facts about the popular American football player, Slash, is listed below:

Whatever career choice you have, just put on your efforts and wait for your success with all your complex works. Kordell Stewart proved that let it be sports or any field, your effort, and your hard work will always lend you the hands of success in the end. So keep grinding and keep trying and keep putting your best at each step of yours. 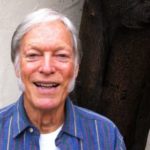 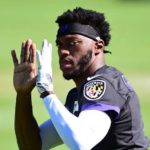