Best known to appear in the popular show Duck Dynasty, Korie Robertson is an American reality television star. She appears in the show along with her husband and children. Robertson also serves as a producer, and her other works include Going Se-ral, God’s Not Dead, and I’m Not Ashamed. She is also a writer and entrepreneur and has helped her husband to expand Duck Commander.

Korie Robertson was born on October 24, 1973, in Louisiana. She was born as Korie Howard. Korie’s parents are Chrys Howard and John Howard. She is also the granddaughter of popular entrepreneur Alton Hardy Howard. Korie is related to former Monroe’s mayor Jack Howard. Her other great uncle was V. E. Howard, who was a minister of the Church of Christ.

Following her high school degree, Kori Robertson went to Searcy, Arkansas’ Harding University. She was extremely talented during his school days and came from a popular family. Despite all these, Korie has terrible cooking skills.

In 1992, Korie Robertson got married to Willie Robertson. Her husband is a businessman and a television personality. The couple has been knowing each other when she was in grade 3. They have six children named Bella, John Luke, Rebecca, Rowdy, Sadie, and Will Robertson. She is the daughter-in-law of Duck Commander founder Phil Robertson.

She has many relatives associated with Duck Dynasty. Her brothers-in-law are Jase, Alan, and Jep. She is also the daughter-in-law of Kay Robertson. Her father-in-law made a controversial interview with GQ magazine, and she publicly stood for him.

To call a woman lesbian will be unfair if she is a mother of six children. Kori Robertson has been successfully married to her husband for a long time. This proves that her sexual orientation is straight.

As a member of the Robertson family, Korie Robertson went on to appear in the reality TV series Duck Dynasty on A&E. She appears in the show along with her family members. Her husband Willie serves as the chief executive officer of Duck Commander. Despite all these, her role is to be a successful mother. She runs Duck Commander along with her family members. Apart from this, Korie is also a popular author. Her written works have made her a New York Times bestselling author.

Some of the writing credits include ‘Duck Commander: Devotion for Kids’, ‘Strong and Kind: Raising Kids of Character’, and ‘The Women of Duck Commander’. Kori is also a speaker and is on several boards. She is highly successful and also works as a philanthropist. Her philanthropic work is to advocate for foster care and adoption in Louisiana and United States. She is active in both domestic and international philanthropic activities. She also works as an entrepreneur and producer.

One of the biggest career achievements of Korie Robertson is to be a successful entrepreneur and reality television star. She has not won an award in her career. In 2014 she was declared as an Outstanding Young Alumnus by Harding University.

Net Worth, Salary & Earnings of Korie Robertson in 2021

As of 2021, The approximate net worth of Korie Robertson is $50 million. This fortune comes by appearing in the smash-hit series Duck Dynasty. The show went on to become one of the most-watched shows on cable television. She serves as the everyday office manager of Duck Commander.

Despite not coming from a hunting family, she has been successful in blending with the family members. She is extremely talented and is active in many fields. Apart from Duck Dynasty, she is credited in I’m Not Ashamed and God’s Not Dead. There can be a steep increase in her net worth as she is very active in her career.

Korie Robertson serves as an inspiration to many. She is active in many fields including entrepreneurship and philanthropy. Her mission is to improve adoption and foster care. Korie Robertson has many fans as Duck Commander is a popular show in the United States. She is beautiful and aims to be a successful mother. 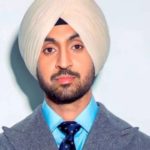 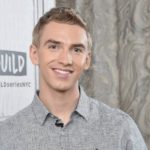