Krist Anthony Novoselic, the former bass player for Nirvana, is an American musician. He, along with Kurt Cobain, founded the popular rock band Nirvana. After the band broke up, he performed with other rock bands. Along with being a musician, he is also a political activist and played a role in creating JAMPAC (Joint Artists and Musicians Political Action Committee). Along with writing songs for his band, he also wrote a weekly column focusing on music and politics for the website of Seattle Weekly from 2007-10.

Krist Novoselic was born on May 16, 1965, in Compton, California, USA. His parents, Kristo Novoselic and Marija Novoselic are Croatian immigrants. Krist’s mother was the owner of a hair parlor, while his father worked odd jobs. Krist lived in Crompton for one year before the family moved to San Pedro, where most of his childhood memories were created and preserved.

In 1979, the family moved again and settled in Aberdeen, Washington. He has two younger siblings, Robert and Diana. In 1980, he went to Croatia for a year and took a liking to punk rock. His favorite bands at that time were Ramones and Sex Pistols. Novoselic sometimes uses ‘Chris’ as his first name.

While staying in Aberdeen, Krist graduated from Aberdeen High School in 1984. Later, he enrolled in the Washington State University and earned a BSc degree in social science in 2016. We could not provide you much with his school and college experiences as he wants them to remain unrevealed as he is a private person.

In 1989 Krist tied the knot with Shelli Hyrkas, whom he had dated in high school. However, the marriage failed, and they divorced after a decade in 1999.

In 2004 he married Darbury Ayn Stenderu, a modeling artist. They have two children together. They live in Deep River, Washington, on a farm with their family. Krist harbors an interest in nature, geology, and animals.

We have found no reports stating that Krist Novoselic might be gay. He has worked with numerous bands and has had many male colleagues, but it does not mean that he has any interest in homosexual relationships. Both his marriages have been to women. He has been married to Darbury Ayn for almost 17 years.

Krist Novoselic is best known for being the bassist in the rock band Nirvana. Apart from that, he is also a singer, songwriter, author, and activist. After he discovered punk rock, he bought a guitar and learnt how to play it. After finishing high school, he worked as an industrial painter and decorator for a brief time.

Novoselic came to know Kurt Cobain through his younger brother. They found that both of them were passionate about the same kind of music and soon became friends. The initial bands formed by the duo disbanded quickly. Finally, in 1987 they formed a band with Aaron Burckhard, which later became Nirvana. While the drummers for the band kept rotating, they released their debut album ‘Bleach’ in 1989. Their album ‘Nevermind’ was a huge success and launched the band into stardom. However, in 1994 the Nirvana disbanded after the death of Kurt Cobain.

Novoselic went on to form new bands: Sweet 75 in 1995 and Eyes Adrift in 2002. He released a single album with each of the bands. He also started playing with other bands like Flipper, Filthy Friends, and No WTO Combo. Currently, he is part of the band Giant in the Trees.

Krist has also tried his hand at acting and as a film director. He is a political activist and has played a major role in founding JAMPAC, which focused on protecting artists’ rights.

Krist is a talented bassist and songwriter. It is no surprise that he has won many awards and accolades along with people’s hearts. His band Nirvana won two awards at MTV music awards in 1992 for their song ‘Smells like Teen Spirit. In 1994 their video for ‘Heart shaper Box’ won the Best Alternative Video award at MTV music awards.

Novoselic was honored with a Grammy award in 2014 in the Best Rock song category. He won the award for the song ‘Cut Me Some Slack,’ which also featured Pat Smear, David Grohl, and Paul McCartney.

Net Worth, Salary & Earnings of Krist Novoselic in 2021

As of 2021, Krist Novoselic has an approximate net worth of $60 million. The album which he released with Nirvana sold more than 30 million copies internationally. After Nirvana disbanded, he performed for numerous other bands and earned a sizeable fortune. He also spent his time as an actor and worked as a part-time DJ in his later years.

Krist Novoselic is a gifted singer, songwriter, bassist, and wonderful human being. He has achieved great fame and recognition during his career and continues to enthrall his fans with his beautiful music.

His contributions towards protecting artist’s rights are immeasurable. He is truly talented and an exemplar for young artists. His awards and love from all across the world give him a sense of satisfaction and motivate him to contribute more to the world. 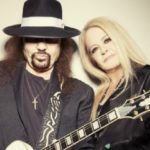 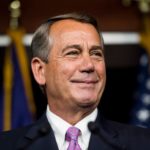