Lady Gaga – the name itself is enough for people like us to reckon who she is. Known for her dumbfounding voice and crazy fashion sense, Lady Gaga is an American singer and actress. She is considered to be one of the best-selling music artists and one of the most influential people in the world. People fondly call her the “Queen of Pop.” She is also a philanthropist, an LGTB advocate, and a social activist.

Stefani Joanne Angelina Germanotta, popularly known as Lady Gaga, was born on 28th March 1986, in Manhattan, New York. She was born in an upper-middle-class family to Cynthia Louise, an internet entrepreneur, and Joseph Germanotta, a philanthropist. She has a younger sister named Natalia.

At the age of four, Lady Gaga started learning piano, and her parents encouraged her to pursue music. She has often described herself as a very dedicated, studious, disciplined student during her high school. As a teenager, she performed at various night clubs and bars.

At the age of eleven, Lady Gaga attended a private all-girls Roman Catholic school, and when she was barely seventeen years old, she was granted early admission to Tisch School of the Arts the New York University. She was one of the only twenty students in the world to receive an early entry in this particular college. For pursuing her studies in acting, she went to Lee Strasberg Theatre and Film Institute.

The personal life or, to be more specific, the love life of Lady Gaga has always grabbed the limelight. In her initial days, Lady Gaga met Luc Carl, a bar owner. The couple dated for six years, but things finally came to an end. In 2008, she dated the famous designer Matthew Williams and broke up with him in the year 2010.

In the year 2011, she met Taylor Kinney, and they were officially engaged for four years before parting away. Lady Gaga then dated her new talent agent Christian Carino, and they got engaged in the year 2017. This engagement also did not last long, and they broke up in 2019. In January 2020, Lady Gaga officially introduced her new boyfriend, Michael Polansky, who is an entrepreneur.

Lady Gaga has herself told many times that she is bisexual, but as of records and pictures, she has dated only men.

Her career began in the year 2005 when she recorded two songs with the hip-hop singer Melle Mel for an audiobook of a children’s novel. By 2008 Lady Gaga completed her debut album “The Fame,” and the album became number one in countries like Ireland, Canada, and in the top five in the US. During her time in the industry, Lady Gaga has changed the definition of pop, and the impact she has on her fans is absolutely spectacular.

In March 2018, she played the role of a struggling singer Ally in the film “A Star is Born.” Film critics acclaimed her performance in this film. Apart from these mentioned here, Lady Gaga has sung many singles that were a hit worldwide and broke several music records.

Coming a long way in her career, Lady Gaga has re-defined the pop culture for today’s generation. The list of awards and achievements of Lady Gaga is endless. Here we have some of her most notable achievements. She has won 11 Grammys for her significant contribution towards pop music, 2 Golden Globe Awards, and several Guinness World Records. Altogether she has received around 600-700 awards.

As of 2021, Lady Gaga has a massive net worth of around $350 Million. Being a successful music artist and an actor, Lady Gaga has been able to make her net worth so massive. She has earned a considerable part of her net worth by always arranging music tours and performing in concerts. Being one of the best pop stars in the world, Lady Gaga’s net worth is immense.

The Queen of Pop has always been regarded as a groundbreaker who uses controversies to raise attention towards various issues. She has influenced different other pop singers such as Miley Cyrus and Nicki Minaj. 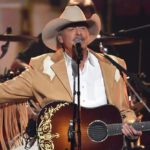 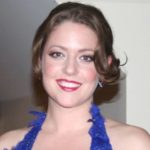