When it comes to “Rich men of India” discussions, Lakshmi Mittal is one of the most talked about. Also called the “King of Steel,” Lakshmi is the chairman and CEO of the largest steel-making company in the world. Thirty-eight percent of the company’s ownership is his, and the rest twenty percent is held on stake.

He was ranked as the third-richest man in the world by Forbes in the year 2005 and also the “richest man among Asian people” in Europe in 2007. The Forbes list holds Lakshmi at the 9th rank on India’s richest guys. He has lately donated a hundred crore rupees to the Prime Minister’s cares fund for the Covid-19 Pandemic help in 2020 in India. Because of that, we are now discussing him here right now.

Lakshmi Mittal took birth in a village called Sadalpur, a famous place in Rajasthan, India, on 15 June 1950. His family was Baniya (Marwari), and his father had a steel business called Nippon Denaro Ispat. He is the eldest of his brothers who are Pramod Mittal and Vinod Mittal, and a sister named Seema Lohia.

Mittal used to sleep on mats and floor in his childhood because his house was very small to accommodate himself and the other twenty-five members staying in his home. His family then moved to Kolkata to establish a small steel mill, and Lakshmi used to work there after returning from school. Mittal opened his first steel factory in Indonesia in 1976. It was all because of the dedication, and it was all the problems that he faced during the time of his childhood that gave him a push, and he is so successful today.

Mittal schooled at the “Sri Daulatram Nopani Vidyalaya” in Kolkata. We do know that he had later graduated from the St. Xavier’s college of Calcutta with a bachelor’s degree in Commerce with a first-class. Admission into the Xavier college initially was hard for Mittal as his application was rejected because Mittal had studied in a Hindi medium school. It was because of the education he received, and therefore he got a major push, and he was able to reach his success so easily.

Mittal is a philanthropist and spends quite some time in charity work. Also, he is very passionate about support culture in Indian sports and donates a huge amount of money to aspiring Indian athletes. Mittal’s trust supports ten Indian athletes every year to achieve stunning world potential. He had awarded Abhinav Bindra, India’s first gold medal Olympic Champion, with a sum of 1.5 crore rupees. He is very dedicated and humble towards his motherland that he makes all effort without any kind of self motive of his own.

Mittal has a lot of expensive houses under his name, and he loves playing football and cricket. He spends most time in them when he is at leisure and because of that he plays them often.

No, not at all; Lakshmi Niwas Mittal is not gay. He is a straight person. The businessman and his wife Vanisha have two children namely Aditya Mittal and Vanisha Mittal. Hence, he is a heterosexual, much like 93% percent of the world’s men population. We can say that without any kind of hesitations or obligations.

Lakshmi Niwas Mittal has been inclined towards the business sector since early. But his career began in 1976 when he opened a steel plant called “PT Ispat Indo” in Indonesia. Since 2008, Lakshmi is one of the board directors members of Goldman Sachs. He is also an Executive Committee member in the World Steel Association. He is a foreign investment council member of the investment council in Kazakhstan which is the leading economic Forum’s international business council in the world. He is also a member of the European round table of industrialists and Cleveland Clinic.

Owing to his great vision and skills, Lakshmi Niwas Mittal has been awarded many times. The list of awards includes the following:

Net Worth, Salary & Earnings of Lakshmi Niwas Mittal in August 2021

Lakshmi Niwas Mittal is believed to have a net worth of $20 billion as of 2021. He has amassed such great wealth through strong determination and hard work while being India’s biggest business tycoon. Most of his revenue is generated through Arcelor Mittal one of his companies.

Lakshmi Niwas Mittal is one of the most influential businessmen in history. He is a strong optimist who believes in a crystal clear future and one’s strength to grow it. Also, he is a good human being and helps his fellow humans from time to time through donations in times of trouble. 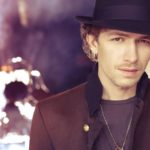 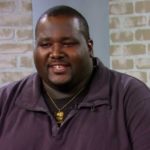