If Netflix and chill is your motto, then you have come across the very loved and much-watched comedy-drama series. Lea Michele is none other than the actress who portrays the wonderful Rachel Berry in the show Glee. But apart from Glee, Michele has a vast history of being in the field of performing arts. She has been active since the tender age of eight, and to date, there has been no looking back for the actress.

Born as Lea Michele Sarfati in Bronx, New York, she is the only child of a retired nurse, Edith Thomasina, and a real estate agent, Mark David Sarfati. Edith is an Italian-American Catholic from Rome, whereas Mark is a Sephardic Jew with Greek ancestry. Though she has both Catholic and Jewish backgrounds, she was raised Catholic by her mother. Her father was supportive of this decision and went along with them to the regular church meetings.

After four years in the Bronx, the family moved to a suburban area of Tenafly, New Jersey. They also rented an apartment in Manhattan to move there when Michele has performances on Broadway.

Michele’s elementary education was done at Rockland Country Day School in Congers, New York. She was then homeschooled in the year 1997 when she was working with the production of Ragtime. After that, she attended Tenafly High School. She was an active member of the volleyball team, the debate team, and the choir group.

From 2000 to 2002, Michele attended Stagedoor Manor in the Catskills to hone her performing arts skills. Later on, she was accepted to New York University’s Tisch School of the Arts, but she wanted to continue working, therefore dropping the idea.

As a cast of Glee, she was pretty close to all her colleagues. She had her eyes on actor Cory Monteith, alongside whom she started working in 2008. Both Michele and Monteith were cast as love interests in Glee. Soon after, their chemistry started boiling, and in February 2012, reports went around that they had started dating. Their relationship lasted for quite a long time, until the tragic death of Cory Monteith in July 2013.

After a long mourning period, Michele found love in the arms of a successful businessman, Zandy Reich. On April 28, 2018, Michele and Reich announced their engagement. They tied the knot a year later, on March 9, 2019, in Napa, California. The long-awaited season of good news and blessings continued as Lea Michele announced that they were expecting their first child. On August 20, 2020, Michele and Reich were blessed with a boy named Ever Leo.

In June 2020, there had been controversies in the air about the rude behavior of Michele in the sets of Glee. Several accusations were passed on her being ignorant of differences. But several fellow cast-members stepped forward to clear her name. Michele humbly put forward an apology soon after the accusations were put on her, saying that she was working on being better and taking responsibility for her action.

Lea Michele has a history of being involved with a fellow cast member, Cory Monteith. She was involved with him for a long time, till his tragic death. After a long period of mourning, she even got engaged to the businessman, Zandy Reich. She even gave birth to a child with Reich. There was never any news of her being interested or involved with someone of the same sex. Hence, it is pretty conclusive that Michele is not a lesbian/gay.

Lea Michele’s professional career started at the very ripe age of eight. She went along with a friend to an open casting for a musical. A spontaneous audition after, she was offered the role, and soon after, she starred on Broadway. Her Broadway debut was in 1995, in “Les Miserables,” where she was cast as a replacement for the role of Young Cosette. In 1998, she was cast as Tateh’s daughter, the Little Girl, in the original Broadway cast of “Ragtime.” She also worked in the 2004 Broadway revival of the musical “Fiddler on the Roof.”

Since the age of 14, Michele has been actively performing Broadway productions, “Les Miserables” “Spring Awakening” are some of the famous names under which she worked.

In 2008, she left the show “Spring Awakening” for other opportunities. Later in the same year, she got the role of Rachel Berry on the comedy-drama series Glee. Since then, Michele has been closely related to the production house and has received worldwide critical acclaim for her performance.

Glee has proved to be a turning point for the actress as she was nominated for several awards for her role as Rachel Berry in the show. Lea was awarded the Best Actress in a Series- Comedy or Musical category of the 2009 Satellite Award. She also won three People’s Choice Awards for her excellent work. She was also presented with a Screen Actors Guild Award. Besides all her wins, she was also nominated for big awards such as Golden Globe and Emmy Award.

Net Worth, Salary & Earnings of Lea Michele in 2021

A very long career on Broadway had proved to be a significant factor in increasing her salary. Along with that, she has been a prominent name in the very famous comedy-drama show Glee. This show has been on the air for quite a long time and has been loved by viewers and critics. Her role was critically acclaimed worldwide. With all the work she put into the series, she earns a whopping net worth of $15 Million as of 2021.

Hard work, long hours, heartbreak, controversy are words that can be easily associated with the very talented Lea Michele. She has gone through several ups and downs in her whole lifetime. But she has maintained her position in every venture that she put her foot forward. Lea Michele has been a priceless asset to the performing arts industry. 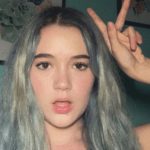 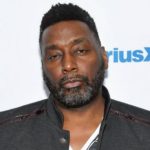