Leif Per Nervik is an American singer, songwriter, actor, and television personality. He started his career when he was just a five-year-old kid. In the 1970s, he was known as a teen idol in music, working as a child actor. Later he gained significant attention due to drug addiction and legal difficulties.

Lief Garrett was born on 8 November 1961 in Hollywood, California, United States. He was born to actor Rik Nervik and actress Carolyn Stellar. He saw his parents getting separated, and It was noticed that his father was not there with him for most of his life. He always tried to know more about his father. Garrett started his career at a significantly younger age of 5. He completed high school when he was just 15 years old.

At the age of 15, Leif Garret completed high School and got involved in setting up his career as an actor.

In the 1970s, Leif Garret has an extensive fan base of young girls as he was a great model being a singer, actor, and television personality as well. He dated actress Nicollette Sheridan for six years until 1985. He was in a relationship with other female celebrities Kristy McNichol, Tatum O’Neal, and Justin Bateman. Leif Garret was then in a long-term relationship with actress Elaine Bilstad from the year 1990, but unfortunately, in 1999, she died due to a heart problem.

Leif Garrett has started using drugs at the age of 14 itself. He used to be constantly in the headlines due to his drug addiction and legal troubles. It was known that he was in the headlines more because of his drug and legal cases than his entertainment career. In the year 2004, Garrett got arrested for cocaine and heroin, too, in the years 2006 and 2010. Later in the year 2010, he entered a rehabilitation program ordered by the court.

Leif Garrett started his career at the very young age of 5. He started his career with his sister Dawn Lyn by working in a variety of acting jobs. Both the siblings co-starred together in the horror movie Devil Times five. In the year 1969, the role of Jimmy Henderson in Bob & Carol & Ted & Alice, Garrett’s performance was highly considerable. Garret was a part of a 12 week CBS drama series in late 1975, where he appeared in the role of Endy Karras.

Garret stopped recording music and started focusing on his acting career in the 1980s, and it continued for the rest of the decade. Garrett then started both his acting and singing in the mid-1990s and started appearing in different movies and recording vocals for songs. He also hosted the series 9-Track Flashback in the late 1990s.

In the year 2006, Garret appeared on the celebrity edition of Fear Factor, and he won big prize money of 50,000 dollars. Later in 2007, country music television cast Garrett in the short-lived TY Murray’s Celebrity Bull Riding Challenge. He appeared in different movies and went on a country tour from 2010 to 2013.

Meanwhile, in the early 2010s, he collaborated with punk rock artists and songwriter Craig Else. In the year 2019, He published his autobiography entitled Idol Truth.

Leif Garrett got a nomination for the Bravo Otto award for his role in Schauspieler for the Best Actor category in 1977. Later in 1978, he won the Western Heritage Awards for Peter Lundy and the Medicine Hat Stallion. In 1981, he went nominated for the Best Young Disc Artist for his splendid work in Surfin US.

Net Worth, Salary & Earnings of Leif Garrett in 2021

Leif Per Nervik has a net worth of $100 thousand as calculated in the year 2021. He has earned the most of his wealth by working in some global blockbuster movies over the years.

Leif Garret who started his career at a very young age of 5 destined to become an American singer, actor, and television personality. He made a huge fan base of young girls in his early career, and it was his fan base who always assisted him in his coming way. It was known that Garret was known to have addicted with drugs and had some legal troubles, but he entered in rehabilitation program order by the court in the year 2010. Leif has a lot of ups and downs in his life, but he always fought with the difficulties.

Facts of Leif Per nervik 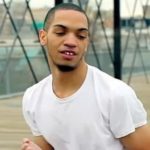 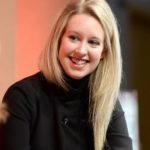