Eleonora Pons Maronese, or who is popularly known as Lele Pons, is a star of generation X. She is a Venezuelan- American YouTuber; apart from it, she is a considerable Internet celebrity, a singer, and an actress as well. At such a young age, Lele Pons has her own YouTube original and a Spotify exclusive podcast as well.

Lele Pons was born in Caracas, which is in Venezuela. She, along with her family, moved to the United States when she was at the age of 5. She was raised in Miami in Florida. As per her interviews, she revealed she had loads of trouble while making friends in her high school and that she was bullied as well. She also confessed to having Tourette syndrome and severe OCD or Obsessive-Compulsive Disorder.

Lele Pons graduated from “Miami Country Day School” in 2015. Later, she moved to Los Angeles. Not much is known regarding her college education.

Lele Pons is currently dating the rapper Guyana. The couple has shared their relationship status on their Instagram as well, which made the media get confirmed about the news.

The Lele Pons has been dating Guaynaa, who is a rapper from Puerto Rico, in recent times. So, she is not a lesbian.

Lele Pons began her professional career on “Vine,” which is a video platform. He revealed that she decided to do it to make people laugh because she loved doing so. Soon her followers increased, and she became the first “Viner” to reach one billion loops. In 2016, Lele Pons got signed into an entertainment company called “Shots Studios,” and now she is managed by Mr. John Shahidi of Shots Studios. In 2015, Lele Pons launched her jewelry collection called “UNO Magnetic.”

She decided to show her acting skills in 2016 by acting on “We Love You,” which is a romantic comedy released on “YouTube Red.” Lele Pons then decided to appear in MTV’s horror TV series called “Scream.” She also starred in some famous music videos such as “Havana,” which is sung by Camila Cabello, and “Downtown,” sung by Anitta and J. Balvin. Lele Pons is a fantastic singer as well, and in 2018 she released her debut single “Dicen.” This was a Spanish duet that she released with Matt Hunter. Her music received 10 million views within just four days.

Multi-talented Lele Pons has also shown her skills in the field of modeling. In 2017, she became the brand ambassador for “CoverGirl.” Later, Lele Pons released her very first single music video called “Celoso.” This was directed by Rudy Mancuso. The song was a huge hit and received a 3x platinum and also a nomination for the “Premios Lo Nuestro.”

In 2019, she released her first country song called “Senorita” with Jake Owen. Produced by Shots Studios, Pons released her single music video called “Vete Pa La,” which was directed by her. Pons Co-hosted The “Billboard Women In Music” in 2019. A documentary was released under the name of Lele Pons in 2020 called “The Secret Life of Lele Pons, “which describes her struggles and her fight against her bad mental health.

Lele Pons’ net worth is approximately $4 Million as of 2021. Her career as a Viner and as a famous Internet celebrity made her net worth increase. She also has a successful YouTube channel from where she generates a huge amount of revenue each week.

Lele Pons is truly the star of generation X, where she achieved so much success in our life at such a young age. She had received some of the most notable awards as well. We wish to see her and more of her songs and her music videos in the coming years. 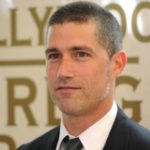 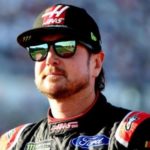