Lera Abova is a Russian model and actress who is well-recognized in the fashion industry as an international runway model who has walked for various high-end brands and designers such as Kenzo, DSquared2, Chanel, and Moschino.

She divides her time between Berlin, London, and New York.

Lera once stated in an interview, that she was either 18 or 19 when she dropped out of school just before her exams.

Lera is represented by –

Note: Lera stated in an interview with The Guardian in 2018, that she had been in a toxic relationship in the past.

She has appeared in campaigns for various brands and designers including Hugo Boss, Adidas by O32C, Off-White, GCDS, Sportmax, Acne Studios, and Joseph. 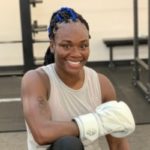 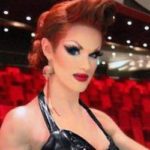