Leslie Moonves is a very successful and well-known media and business executive hailing from Brooklyn, New York. He has also worked as an actor and has served as the CEO as well as the Chairman of the top-rated media company CBS Corporation. He has been in the public’s eye quite a lot because of the various sexual harassment controversies and allegations he has been charged with.

Leslie Moonves was born in Brooklyn, New York, to father Herman Moonves and mother, Josephine Schleifer. His family has a Jewish background, and he grew up with a sister and two brothers in the Valley Stream region of New York, where his mother used to work as a nurse. It was revealed by him that the financial condition of his family was not so good, but they never faced many difficulties while growing up in the suburbs.

Moonves completed high school from the Valley Stream Central High School. While he was a sophomore, he developed an interest in drama acting, and hence he switched subjects from pre-medical to Spanish and even took part in several plays. He then joined the Bucknell University, where he continued his love for acting. After college, he shifted to Manhattan to become an actor and even pursued a degree in acting from the Neighborhood Playhouse School of the Theatre.

Moonves got married to Nancy Wiesenfeld in the year 1978, and they went on to have three kids. However, in the year 2003, the couple decided to call it quits because of personal differences. Following his divorce, Moonves met Julie Chen in 2004, and they began seeing each other, and soon after that, they got married. The couple has been blessed with a son.

Leslie Moonves is not gay; he has been married twice and has four children from his two marriages. The names of his children are Charlie Moonves, Sara Moonves, Adam Moonves, and Michael Moonves.

Leslie Moonves initially wanted to be a professional actor and even pursued an acting degree from the Neighborhood Playhouse School of the Theatre. He was able to get cast in specific insignificant roles in movies like The Six Million Dollar Man, Cannon, etc. As nothing turned out to be something significant for his career, he decided to turn to business and media.

He started working as the supervisor of pay/cable programming and vice president of movies and miniseries at 20th Century Fox Television. He went on to work in media companies like Columbia Pictures Television, Saul Ilson Productions, Lorimar Television, and Warner Bros Television, in which he worked as the CEO. In the year 1995, Moonves was appointed as the president of the famous CBS Corporation, and soon he was able to get promoted to the ranks of Chairman and CEO by 2003.

Under his guidance, CBS used to run the six most-watched shows of television, and the channel flourished a lot, and he also helped expand the company by acquiring movies. However, in 2018, Moonves was accused of sexual misconduct and harassment. As a result, the board of directors of CBS called for his resignation. Moonves has invested in the company ZeniMax Media and serves as a member of its board. In 2019 Moonves established his own media company called Moon Rise Unlimited, based in West Hollywood, California.

Net Worth, Salary & Earnings of Leslie Moonves in 2021

Moonves’s list of revived shows and primetime hit slots has made him a prevalent face in the television industry. He is, in fact, one of the most important and influential people in Hollywood currently because of his tactics and vision. His business mind is outstanding. No doubt he is so successful today and is known for his works throughout the globe. 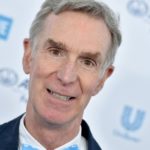 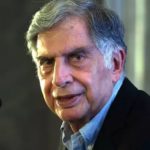