Still working towards her big break but has definitely cemented herself as a promising actress. Alexis Scott Davis or Lex Scott Davis is quite a popular American actress. She is quite popularly known for her role in the movie The First Purge, where she played the role of Nya, and in Unbreak My Heart, where she played Toni Braxton.

Her movies saw quite a bit of attraction and gained her quite a bit of popularity. This landed her a role in the Training Day, where she played the lead role. The show, which was CBS-based, however, did not last very long. But this was enough time for Lex to prove herself to be quite an energetic and talented actress.

Lex Scott Davis is known to be quite a talented actress and has appeared in quite a number of shows and movies. Born in Baltimore, Maryland, Lex was born on the 21st of February, 1991. She showed promise in the artistic field from a very young age. At the tender age of three itself, Lex was known to show a keen interest in acting and dancing.

Her father, Gino Davis, was a renowned real estate firm owner. Her mother, Felicia Jackson-Smith, was a life coach. Lex hence had quite a decent childhood. She initially started out with learning Physical Therapy and Dance at Drexel University but soon moved to New York to study at New York Film Academy in 2013.

Little is known about Lex Scott’s educational life. Lex has managed to keep most of her personal life fairly private, which includes her early and educational life. Since she is still working on boosting her career and started her career only in 2014, not much is known about her. She has, however, declared her association with Drexel University, where she worked to be a physical therapist and a dancer. She, however, had a passion for acting and hence moved to New York to carry on her study at the New York Film Academy.

Lex Scott has led a fairly private life. However, she has had quite a wedding with quite a bit of it in the limelight. On the 21st of July, Lex Scott and Mo McRae tied the knot. Fans were ecstatic to watch the love story of the two celebrities who had met on the set of “The First Purge.” The wedding is said to have happened away from L. A near a little oasis, merely a year after the two got engaged. The two were obsessed with making sure the guests were in the moment and not lost in their cell phones and hence had an unplugged wedding. Davis describes the wedding to be very serene and sacred.

Though Scottie is known to remain mostly private, it is fairly common knowledge that she is indeed straight. She had got engaged to Mo McRae, which was quite a major event and brought in a lot of limelight, and to the delight of the fans, the two tied the knot the same year.

Scottie has proven her skills and is a multitalented actress. Starting off with Toni Braxton: Unbreak My Heart, where she played the role of Toni Braxton in 2015. This helped get her career get a massive start. Continuing on her propelled career, she went on to star in Training Day, which is a CBS crime drama. This, however, was merely the start. Scottie went on to appear in big-screen movies like The First Purge, Foster Boy and the action film Superfly.

Being an extremely talented and promising actress, Scottie is still working on getting her big break. She has worked in a number of television shows and has even done quite a few big-screen movies. She is working hard on her career, but as of yet, there are no awards on record that she may have received. She, however, continues to dazzle the world with her amazing acting and dancing skills.

Net Worth, Salary & Earnings of Alexis Scott Davis in 2021

Starting off as a television series actress to acting in big-screen movies, Scottie has definitely come a very long way. She even met her partner in one of the sets of her movies. Most of her income comes from the TV shows and roles that she does in movies. As of 2021, her net worth is estimated to be $1 million.

Coming from a well-off family with a passion for acting and dancing, Scottie has pursued her talents and passion for coming a long way. Starting from the bottom with television shows and even working on one that got canceled, Scottie has made her way to the big screens. Though she still has a long way to go, Scottie continues to work hard on her career. 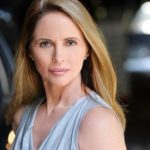 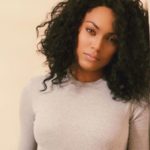