Lily Allen was born on 2nd May 1985 in Hammersmith, London to Keith Allen and Alison Owen. She is a famous singer, songwriter and author. Success came very early for her when she released her first single ‘Smile’ in 2006. It has achieved extraordinary success in quite a quick succession. It reached the no one spot on the UK singles chart.

Lily was raised in Hammersmith, London where she lived with her father Keith Allen who was an actor too and her mother, a film producer, Alison Owen. Her father left the family when she was just four years old. For a long time they lived with a comedian named Harry Enfield, a boyfriend of her mother. She has three siblings other than her, an older sister Sarah, a younger brother Alfie and a younger sister Rebecca.

She has a very bad profile when it comes to education and studies. She is expelled from more than 15 schools in her life. She had the habit of smoking at a very early age of her life and because of this she always get into trouble. She left her studies at the age of 15 and started playing guitars and different musical instruments.

Her life has never been that easy, she has gone through a lot of problems and troubles in her life. In 2007 when she has first been in a relationship with Ed Simons, a popular musician, everything seems to go smooth but later broke up in just five months. Because of that, she has suffered mental distress and went into depression.

In 2009, she found her true love from Sam Cooper. She became pregnant in 2010 but after six months of her pregnancy she became ill because of that she has to do an abortion. She went into depression as it is not that easy for anyone in facing something like that.

She married Sam Cooper in 2011 and became the mother of their two daughters, Ethel and Marnie.

In her book ‘My thoughts Exactly’ she has written that she was in a relationship with Liam Gallagher when he was married to famous actress Nicole Appleton. When Sam gets to know about the affairs of Lily they broke up in 2015. The divorce between them happened in 2018.

Lily Allen has been in a relationship several times. She is a mother of two girls. Though she has taken divorced but she is still young and has a huge life up ahead. By the looks of her life, she doesn’t seem to be a lesbian.

Her career started way back in 2005 when she began to upload her songs on her MySpace account. It became really famous, her popularity begins to grow rapidly. In 2006, she released her first single ‘Smile’ which tops the chart in London. The single was a part of the album “Alright, Still”. Over 2.6 million copies were sold throughout the world.

Her next album came late in 2018 after her divorce. The album was named ‘No Shame’ as it has some personal feelings too. The album has gained serious success around the globe. In the same year, she released her first book, ‘My Thoughts Exactly’.

Net Worth, Salary & Earnings of Lily Allen in 2021

As of 2021, She has a total net worth of $6 million. She has earned a huge share of her money from the music industry. Her albums always stayed on top of the chart, and she has sold millions of copies of them. She is also involved in different TV shows, commercials, and advertisements. She’s an author to and has written a book.

She was expelled from more than 15 schools because of her smoking and other bad habits. She hasn’t completed her studies. She can play various musical instruments as she learned to play it all at quite a small age.

As for the conclusion, we can say that she has a pretty decent career. She has seen everything in her life, ups and downs were part of her journey. Her personal life remained difficult as she isn’t that easy girl to handle, whereas her professional life is full of glitters. She has achieved immense success in her musical journey, and we hope that she will keep singing for a long. She is still young and has a lot of things left undone. 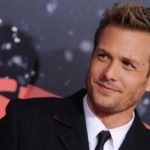 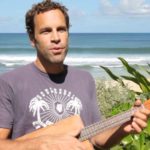