Lindsay is a veteran American actress who has been acting for five more than five decades now. Her acting career came to the limelight in the late 1970s when she starred in “The Bionic Woman” science fiction series.

She played Jamie Sommers character which she had previously played in the “The Six Million Dollar Man series” which the character gaining a lot of popularity in the 1970s. This led her to win her first Emmy Award in 1977 where she won the Outstanding Lead Actress award. Since then, she has featured in numerous films and dozens of television shows both in leading and supporting roles.

Lindsay Jean Wagner was born on 22nd June 1949 in the city of Los Angeles in the USA. She is the daughter of William Nowels Wagner and his wife Marilyn Louise. Her parents’ marriage didn’t last long as they divorced when she was only seven years old. This denied her a chance to be raised by both her biological parents as she moved to Portland, Oregon with her who married her stepfather Ted Ball thereafter.

Besides her parents, the only other close relative known is her stepsister Randi Ball though there is no information of what she does or where she lives. Lindsay’s Uncle Ed Thrasher was also in the film industry and worked as an art director and photographer during his days.

Lindsay started her elementary education in Los Angeles even after her parents separated. Later, she moved with her parents to Portland, Oregon where she joined David Douglas High School. This is where she started her acting by performing in several school plays. She later joined the University of Oregon for only a year before moving to Mt. Hood Community College. Here she stayed for only six months as she decided to drop out and move back to Los Angeles to start her career.

Lindsay Wagner’s first publicly known relationship was with a man named Captain Daniel M. Yoder who she dated until he went to Vietnam during the Vietnam War. In the early 1970s, she met Allan Rider who she fell in love with. The two married in 1973, but their marriage was short-lived as in 1973, they called it quit and divorced. In 1976, Lindsay re-married this time to her fellow actor Michael Brandon who she started seeing after her first marriage broke up. Their union took the same path as her first union, and they divorced in 1979.

When shooting for The Bionic Woman show, she met Henry King, and the two later married in 1981. From her marriage to Henry, her firstborn son Dorian was born in 1982 and later her second-born son Alex in 1986. Her marriage to Henry ended in 1984 which means her son with Henry was conceived when the two were no longer married. She later got married to Lawrence Mortorff in 1990 but just like her previous marriages, it lasted for only few years. In all her four marriages, Lindsay has never been in one marriage for four years.

Lindsay is not a lesbian and has never been in any gay relationship. All her previous relationships have been with men which means she is straight.

Professionally, she started her career as an actress in the early 1970s. Her first professional contract came in 1971 when Universal Studios contracted in various productions. She made her debut in their police drama Adam-12 and later appeared in other shows like Owen Marshall, The F.B.I, Counselor at Law, and Sarge.

In 1975, she got an extended contract with Universal Studios and starred as the main character in their TV show Six Million Dollar Man. This led to her clinching the same role in the television show The Bionic Woman which won her praise and fame in equal measure. The show was canceled in 1978 and since then Lindsay has appeared in dozens of TV shows and films with her latest film being Samson while her latest appearance in a TV show was in 2019 when she played Helen Karev character in the TV show Grey’s Anatomy.

Net Worth, Salary & Earnings of Lindsay Wagner in 2021

With a career spanning five decades, Lindsay has seen it, conquered, and made fortune for herself. With numerous roles in TV shows and films, it’s right to say acting as a career is what has made Lindsay to be who she is today. As of 2021, she has a net worth estimated to be around $18 million.

As a result of an accident she had in 1976, Lindsay’s upper lip has a permanent scar which reminds her of her near-death experience. Today she is a happy grandmother and lives happily in Los Angeles. 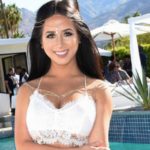 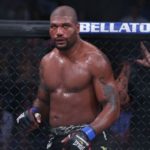