Lisa De Vanna is an Australian professional soccer player who is widely regarded as one of the greatest forwards of her era. She has represented numerous clubs across the world during her illustrious career, such as Adelaide Sensation, Western Waves, Perth Glory, Brisbane Roar, Newcastle Jets, Sky Blue FC, Melbourne Victory, Melbourne City, North Shore Mariners, Canberra United, South Melbourne, and Sydney FC (Australia), Doncaster Rovers Belles (England), AIK and Linköping FC (Sweden), Washington Freedom, magicJack, Boston Breakers, Washington Spirit, and Orlando Pride (United States), and Fiorentina (Italy). She has won the W-League Championship with Brisbane Roar (2010–11), Melbourne Victory (2013–14), Melbourne City (2015–16), and Sydney FC (2018–19). With Melbourne City, she had also clinched the W-League Premiership in the 2015–16 season. Representing Australia, she has won the OFC U-20 Women’s Championship (2002), the AFC Women’s Asia Cup (2010), the AFC Olympic Qualifying Tournament (2016), the 2017 Tournament of Nations, and the 2019 Cup of Nations. She was named the ‘FFA Female Footballer of the Year’ in 2013. In a managerial capacity, she was appointed as a ‘Technical Assistant’ for the FFV (Football Federation Victoria) National Training Centre in September 2018.

Lisa had attended the John Curtin College of the Arts in Fremantle, Perth. 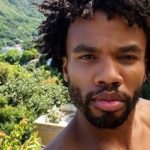 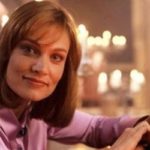