Luke Evans is a well-known British actor and a singer. He is from the United Kingdom. He began his career on the stage working in many popular productions like Miss Saigon, Rent, and Piaf before he was featured in the remake of Clash of the Titans. He played the role of the main antagonist, Owen Shaw, in the superhit movie Fast & Furious 6 and played Bard the Bowman in the movie adaptation of The Hobbit.

Luke Evans’s birth name is Luke George Evans, born on 15th April 1979 in Pontypool, Wale, located in the United Kingdom. He is the son of David Evans, his father, and Yvonne Evans, his mother. Evans is the only child of his parents and was raised in the faith of Jehovah’s Witness. Most of his childhood he spent in Aberbargoed, which was a small village in the Rhymney Valley. He was so proud to be the only child of his parents.

When he was of age, he was taken to an unknown school which he left and shifted to Cardiff to study under the supervision of a renowned singing coach known as Louise Ryan at the age of sixteen. He later got a scholarship to London Studio Centre, where he studied and graduated from there.

Luke Evans is gay. He states that his life which is a private one, does not connect to his talent or the success he has in the entertainment industry. He has also kept his personal life away from the limelight, and he isn’t open to discussing his sexuality with the public. However, his marital status states he is in a relationship with his boyfriend, Rafael Olarra. Him being gay, he is dating his fellow man, and that limits him from having children. There is no information regarding whether he ever dated a woman or its only men alone.

His sexual orientation states that he is gay. He is also dating a man, and that’s evidence that he is gay. Though he is not open about his life in matters marital, his being gay isn’t personal, for he has exposed his boyfriend.

Luke began his career at a young age, where he starred in a number of London’s West End productions like Miss Saigon, La Cava, Avenue Q, Rent, and many more shows. He did his first major theatre role in the play Small Change, which was directed by Peter Gill at the Donmar Warehouse. That performance made him famous and was highly appreciated by the audience and critics, and was also nominated for the Evening Standard Award for best newcomer.

He was cast by various directors and US agencies in their films. At the age of thirty years, he featured film debut, where he played the Greek god Apollo in the remake Clash of the Titans. He rose so high and was seen in movies like the Sheriff of Nottingham’s thug in the movie Robin Hood and Sex & Drugs & Rocks & roll in the role of Clive. He again starred as DI Craig Strokes in the movie adaptation of Ken Bruen’s novel, Blitz. He did an independent movie known as Flutter, which was directed by Giles Borg.

Again, he played the role of Aramis in a popular movie, The Three Musketeers, and he portrayed the character of King of the Gods, Zeus, in the Greek epic, Immortals. He also starred in the psychological horror film No One Lives, which was directed by Ryuhei Kitamura. He did as John Moore in the TNT television series The Alienist, and also he played the Villain Gaston in Disney’s live-action adaptation of Beauty and the Beast.

He became a household name when he played the role of Owen Shaw in Furious 6 and Dracula in the film Dracula Untold. He released his debut studio, at Last, and later starred in Roland Emmerich’s epic war movie Midway, co-starring Patrick Wilson, Mandy Moore, Nick Jonas, and Dennis Quaid, among others.

Luke Evans has won a number of awards and has also been nominated for several awards. He won the Teen Choice Awards in the category of “Choice Movie: Villain” for his work in the movie Beauty and the Beast. He was also referred to as the GQ’s 50 best-dressed British men. He was nominated for the 2015 British Independent Film Awards, 2014 Monte-Carlo Television Festival, 2017 MTV Movie &TV Awards, and 2014 Acapulco Black Film Festival, among others.

Net Worth, Salary & Earnings of Luke Evans in 2021

As of 2021, Evans has an estimated net worth of more than $10 million. He has gathered most of his fortune through his successful career as a television and movie actor. He has also gained some money from his singing career though it hasn’t been that much like acting.

He is among the best and renowned artists all over the world. He has worked hard to achieve the success that he has. Also, focus and dedication have helped him achieve his goals in his career. He is an inspiration to many upcoming actors and ones who are in the field already. 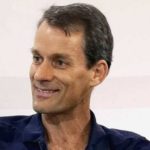 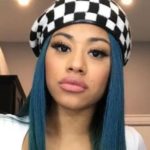