How young is “too young” to have a stroke? Actor Luke Perry was just 52 years young. And just five days after suffering a massive stroke, he passed away from complications.

Perry was certainly not what you may consider old unless you are 10 years old and think that everyone who is over 17 is really old. Ever since achieving fame with his portrayal of Dylan McKay and McKay’s sideburns on the television series Beverly Hills 90210, he had remained an active actor. This included roles in the 1992 movie Buffy the Vampire Slayer (as Kristy Swanson’s sidekick Oliver Pike) and television shows such as Spin City, Criminal Minds, Law & Order: Special Victims Unit and Will & Grace

Most recently, he had been playing Frederick “Fred” Andrews on the CW series Riverdale.

Sure it has been a little while since Perry and his 90210 co-stars Jason Priestley inspired males around the country to grow their sideburns down their cheeks in the 1990s. But Perry at 52 was still younger than many of Hollywood’s current leading men such as Brad Pitt, Tom Cruise, Johnny Depp, and George Clooney.

That is why numerous people on social media were stunned by the news that he had suffered a massive stroke on February 27 while at his Sherman Oaks, Los Angeles, home. His subsequent death from complications of the stroke is now bringing even more reactions across different social media platforms such as this:

What Is A Stroke?

A stroke is a fairly broad term for an event in which blood flow to some part of your brain is interrupted. This, in turn, starves your brain cells thereof blood and thus oxygen. Without oxygen, your brain cells cannot survive for long (less than 5 minutes) and start to die.

Losing a few brain cells may be OK, as people may joke when they go out drinking. But once you lose too many brain cells in an area, that part of your brain can no longer function.

What Is A Massive Stroke?

A massive stroke then is when a large part of the brain is affected. As a result, much of your brain function may be compromised. Smaller strokes are easier to overcome because other parts of your brain could potentially be trained to compensate. But the more the damage, the harder it is to recover. So whenever you hear the word “massive” with stroke, the prognosis is typically not good.

Having a transient ischemic attack (TIA) is much better than having a stroke, although neither is something that you should ask to have. A TIA is a temporary blockage of blood flow to parts of your brain. Since the blood flow eventually gets restored, symptoms of a TIA last for less than 24 hours. Keep in mind that a TIA should not be ignored but instead may be a warning sign that conditions are ripe for a stroke.

So, was Perry “too young” to suffer a stroke? Unfortunately, no one is too young for this to occur. Even an unborn child can suffer a stroke. According to the National Stroke Association, stroke is among the top 10 causes of death in children.

Puberty may seem like the most challenging part of childhood in some ways, but when it comes to stroke risk, the time from right before birth to right after birth is the roughest.

The stress of birthing process can lead to strokes in infants that already have underlying conditions such as heart defects, sickle cell disease, disorders of their arteries, and clotting disorders that make strokes more likely.

An infection in the amniotic sac, premature rupture of the membrane during pregnancy, high blood pressure in the mother, or injury to the infant’s head or neck can also raise the risk of stroke.

For adults, the risk of stroke generally increases with age.

A  data from a 2016 publication in Circulation and displayed by the American Heart Association. As you can see the risk is lowest among those in the 20 to 39-year-old category, but it is not zero: 0.2% of men and 0.7% of women in this age group have suffered strokes.

Thus, Perry having a stroke, while not exceedingly common, is not highly unusual. In fact, the National Stroke Association warns that “stroke is on the rise among younger adults” with “15% of ischemic strokes” occurring in young adults and adolescents. They add that “there was a 44% increase in the number of young Americans hospitalized due to stroke over the last decade.”

Stroke And Age: What Is The Reason For This Rise?

First, let’s see why age is a risk factor for stroke. Part of the reason is that your cardiovascular system is like a plumbing system that begins to break down over time. Your blood vessels become stiffer and more likely to leak and fail.

Cholesterol atherosclerotic gunk (the last of which is not an official medical term) accumulates inside your blood vessels and blood vessel walls. With advancing age, your heart may not beat as efficiently, which can allow blood clots to form.

A variety of disruptions in your cardiovascular system can then lead to the blood clots or the blood vessel failures that then lead to a stroke. Another reason why age is a risk factor is over time your “plumbing system” may take more and more hits.

Many things can accelerate damage to your cardiovascular system and brain circulation, as detailed by the National Heart Lung and Blood Institute (NHLBI).

Diabetes can also result in damage to both your heart and blood vessels. Different types of heart disease can lead to clot formation (e.g., abnormal heart rhythms or heart failure) or reduced ability to pump enough blood to the brain (e.g., heart failure). Then there is a lack of physical activity, unhealthy diets, stress, depression, and excess body weight.

All of these may either directly strain your cardiovascular system or promote some of the aforementioned conditions (e.g., high blood pressure, diabetes, or heart conditions) that then put you at higher risk for stroke.

The problem is many of these risk factors have been increasing among younger adults. For example, the continuing obesity epidemic has meant that more and more people are carrying extra weight.

A stroke can be especially devastating if you are younger. When you are younger and think that you are invincible, a stroke may not be the first thing that comes to mind when you are experiencing balance problems, eyesight or vision loss, facial drooping, arm weakness, or speech difficulties, five types of stroke symptoms that comprise the first five letters of the mnemonic acronym BE FAST.

Heck, maybe you think that you just got a bad batch of botox and as a result delay getting help. The last letter in the BE FAST acronym stands for time. Time is of the essence if you are having a stroke. Time also equals brain cells dying. The more time that passes, the more brain cells are sacrificed.

That is why BE FAST is the mnemonic for recognizing and dealing with strokes. The most important thing is getting to a real doctor as quickly as possible so that he or she can either give you medications or do a procedure to remove the clot or stop the bleed.

Perhaps Perry’s tragic outcome may raise more awareness about stroke in general and the risk of stroke among younger folks. Indeed, Perry was too young to pass. He still had much that he could do with his career and life. But unfortunately, he was not too young to have a stroke. No one is. 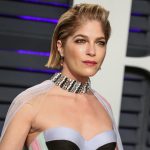 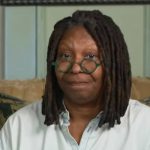