Lzzy Hale is known for her singing talent, and she is also a songwriter and a musician. Her performance as the lead singer and rhythm guitarist in the popular hard rock band “Halestorm.” She is the co-founder of the hard rock band “Halestorm.” Halestorm Band was awarded a Grammy Award for the song Love Bites (So Do I)under Best Hard Rock/Metal Performance. She has a huge fan following on social media, with 503K followers on Instagram, 331K followers on Facebook, and 301K followers on Twitter.

Lzzy Hale was born on 10 October 1983 in Red Lion, Pennsylvania, United States. Her full name is Elizabeth Mae Hale. She was born to her mother Beth Hale and father, Roger Hale. It was known that Lzzy had co-founded the popular hard rock band “Halestorm” with her brother Arejay Hale in the year 1997.

Lzzy has not revealed much information regarding her school or college life. It can be assumed that she is very private about this section of her life and keeps the information away from her fans.

Lzzy Hale had announced that she is bisexual on her Twitter account on 11th October 2014. But it is known that currently, Lzzy is in a relationship with Joe Hottinger, who is a guitarist of the Halestorm band.

No, Lzzy Hale is not lesbian. She is currently dating Halestorm guitarist Joe Hottinger. But In 2014, she posted about her being bisexual on her Twitter account.

Lzzy is multi-talented when it comes to music. She is a singer, songwriter, and as well as musician who is a pretty known fact in her respective genre. Lzzy is mainly known for being the lead singer and rhythm guitarist of the band, which she had co-founded with her brother, named Halestorm, which is a popular hard rock band. She is also known for working with various famous artists such as Machine Gun Kelly, Eric Church, and Lindsey Stirling.

Revolver Magazine had mentioned Lzzy Hale as one of the Hottest Chicks in Metal after she appeared on the cover of the December 2009 issue. Lzzy again appeared on the revolver magazine in 2015 for February and March month in which an advice column named “Ask Lzzy” was written by Lzzy Hale for the magazine. For the song Spotlight, she got to collaborate with Machine Gun Kelly.

She also collaborated with Black Stone Cherry for the song Won’t let go. She collaborated with the band Device for the song Close My eyes forever. She is also known for her excellent performance at NXT TakeOver: New Orleans. The band Halestorm, which Lzzy co-founds, had released a song named Love Bites(So Do I) in the year 2012, and the band got a Grammy award for the song above under the category Best Hard Rock/Metal Performance.

Halestorm Band was co-founded with Lzzy Hale and her Brother Arajey Hale who had released a song named Love Bites (So Do I), which won the Grammy Award at the 55th Annual Grammy Awards in the year 2012 for the category Best Hard Rock/Metal Performance. So being a member of the band “Halestorm,” Lzzy Hale was the Grammy Award winner. In 2018, Lzzy was also nominated for Best Rock Performance at the 61st Grammy Awards for the song Uncomfortable. She had received the hottest female Award and was the winner of Kerrang in the year 2013.

Lzzy Hale has a net worth of $3 million, as calculated in 2021. She has made most of her income through her popularity and works as a singer, songwriter, and musician. She also has a huge fan base on social media platforms, that is, 503K, 301K, and 331K on Instagram, Twitter, and Facebook, which makes it easy for her to do brand promotions.

Lzzy Hale is a famous American singer, songwriter, and musician who has received several accolades throughout her career. Lzzy Hale is highly dedicated to her work, and her performances throughout her career till now proves that statement. The band “Halestorm,” which she co-founded, has been awarded for Grammy Award under Best Hard rock/metal performance in the year 2012 for the song Love Bites (So do I). 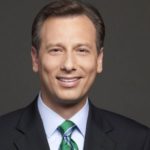 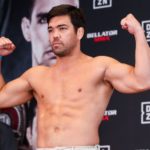