You can make one of the major career and take the rest as a part time job or a side hustle. For Mads Mikkelsen, although he is currently known as a Danish actor, initially, he used to work as a dancer and a gymnast. After his several appearances on different projects, his work on Pusher Film; Trilogy as Tonny is what made his name famous. He is also famously known as Detective Sergeant Allan Fischer in Rejseholdet (a television series) aired from 2000-2004.

It was on 22nd of November in 1965 when the news of the birth of a newborn baby were spread in Copenhagen, Denmark in Østebro District. The boy was named Mads Dittmann Mikkelsen by his parents Bente Christiansen (mother) and Henning Mikkelsen (father).

His father was a cab driver at the time of Mads birth but his mother’s occupation is not clear. Mads is not the only child in the family as he has an older brother named Lars Mikkelsen who also happens to be an actor. The two boys were raised in Nørrebro district and had no plans of becoming actors.

When Mads was still young, he never thought he would become an actor and therefore concentrated more on developing his gymnastic skills. His plan was to become an athletic. Later on, he decided to join Balettakademien (ballet academy) which is located in Gothenburg to start training in dancing.

Apart from dancing, he also learned to speak Swedish and within a very short time, he became fluent. After he became an expert in ballet dancing, he worked as a professional dancer for almost 10 years. However, in 1996, he felt it was time to venture into something new which led him to becoming a student at Århus Theatre School where he studied drama. This is where his career in acting begun.

His life at Balettakademien (ballet academy) was very significant because he benefitted a lot. Apart from becoming a professional dancer and fluent in Swedish, he also met the love of his life. Mads met Hanne Jacobsen who was a choreographer at the school and the two tied the knot in 2000. The couple dated for more than ten years (from 1987) and during their dating, they had two children. Their firstborn is a girl named Viola who was born in 1992 while their second born was a son named Carl born in 1997.

Since he started his career, he lived in Copenhagen but was forced to move to Toronto during the filming of Hannibal. He later moved to Denmark where he lives to date. He however loves spending time on Mallorca which is a Spanish Island as his family has a house there.

Mads Mikkelsen is not gay. He has been married to his wife Hanne Jacobsen since 2000 and they have two adult children together. This clearly shows he has no interest in men at all.

Mads career in acting kicked off in 1996 after he was featured in Pusher which was a Danish crime thriller. He played the role of Tony who was a drug dealer. This was followed by his appearance on two short films known as Tom Merritt and Café Hector. In 1999, he appeared in another Danish crime thriller film titled Bleeder where he was featured a leading actor Lenny opposite Kim Bodnia. Two years later, in 2001, he was featured in Shake It All About as the starring. This highly contributed to his success as an actor.

Two years later, in 2003, he was cast in a Danish comedy film known as The Green Butchers which again became a great success. In 2004, Pusher II was released and he appeared once again as Tonny. This was again another successful role he ever played. Apart from that, he has been featured in many other projects like; King Arthur, Julie, Casino Royale and After the Wedding among many others.

Apart from the awards and nominations, what you choose to do should also be able to cater for all your financial needs to be termed successful. For Mads Mikkelsen, this is exactly the case. Although we don’t know what he is paid per episode, his net worth is $15 million as of 2021.

Mads Mikkelsen is successful today because of the choices he has made in life. The fact that he always knows when to call it quits and venture into a different industry in his life has really helped him to be the person he is today. 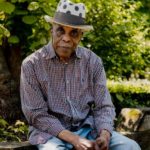 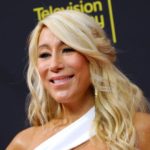