Maggie Rogers is a popular American singer, songwriter, and record producer. She is most well-known for her single, “Alaska” and Light On”. She is equally famous for her debut studio album, “Heard It in a Past Life” which was successful in multiple countries including, Ireland, Australia, and Scotland. In 2020, she was nominated for a Grammy Award in the category of Best New Artist.

Maggie Rogers, whose real name is Margaret Debay Rogers, was born on the 25th of April 1994 in Easton, Maryland, U.S. The name of her parents isn’t out yet but it is known that her father used to be a Ford Motor Company dealer while her mother is an end-of-life doula who used to previously work as a nurse. Coming to her siblings, she has a brother and a sister. She was attracted to music from an early age itself and she began playing the harp when she was just seven years old. She later learned to play piano and guitar and began songwriting as well.

Maggie Rogers received her high school education from St. Andrew’s School and The Gunston School. During her time in school, she played harp in the orchestra, learned to play banjo, and sang in the choir as well. In the summer after her junior year, she attended a Berklee College of Music program, where she won the songwriting contest.

After completing her high school education, she went to the New York University’s Clive Davis Institute of Recorded Music, from where she graduated in May of 2016 with a degree in English and music engineering & production. During her time at NYU, she wrote the song, “Alaska”. She performed the song for popular American singer, Pharrell Williams in a master class he taught at her class, the video of which went viral and brought her a lot of recognition.

Maggie Rogers is currently single as per our records. However, she was previously rumored to be in a relationship with a guy whose identity isn’t out yet. Coming to the other aspects of her personal life, she has synesthesia due to which she sees colors upon listening to music.

Maggie Rogers is straight when it comes to her sexual orientation and is neither lesbian/gay nor bisexual. She is currently single as per our records and there isn’t much information available about her previous relationship as well. Going by her relationship history, it’s clear that she is straight.

Maggie Rogers began her career in 2012 with the release of her first album, “The Echo”. Two years later, she released her second independent album, “Blood Ballet”. On the 16th of February 2017, she released her debut EP, “Now That the Light Is Fading” which captured the 4th and the 39th position on the US Heatseekers Albums and the US Top Rock Albums respectively. Apart from that, the EP was praised by the critics as well.

On the 18th of January 2019, she released her debut studio album, “Heard It in a Past Life” which was an even bigger success. The album captured the second position on the Billboard 200 charts and also and was considered to be among the top albums of the year by various prestigious publications including Billboard, Vice, and Rolling Stone. The album was successful in multiple countries including, Ireland, Australia, and Scotland.

The album was certified Gold in Canada as well. The album’s single, “Light On” was especially successful and was certified Gold in both U.S. and Canada. The single captured the 40th position on the New Zealand Hot Singles charts and topped the US Adult Alternative charts. On the 18th of December 2020, she released the compilation album, “Notes from the Archive: Recordings 2011-2016”.

While Maggie Rogers hasn’t won any awards as of yet, she has been nominated for the following awards:

Net Worth, Salary & Earnings of Maggie Rogers in 2021

As of 2021, Maggie Rogers has garnered a net worth of $4 Million. She has garnered most of her earnings from her career in music and from the various music tours and festivals she has been a part of, over the years.

Maggie Rogers has been an amazing artist and her work shows that. She has also done some great work as a philanthropist, which shows the kind of person she is. With that being said, we wish her the best of luck in all her future endeavors and hope she keeps working for the betterment of people like she always has. 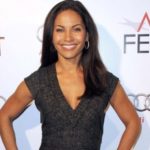 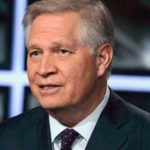