Marc Martel is a popular Canadian Christian rock musician. He is a singer, guitarist, and pianist. He is a founding member of the popular Christian rock band, Downhere which has been very successful. However, he is most well-known for his voice and singing which is incredibly similar to that of the legendary Queen singer, Freddie Mercury.

Marc Martel was born on the 16th of November 1976 in Montreal, Quebec, Canada. He was born to parents, Michel Martel and Barbara Beresford Martel. His father was a pastor while his mother was a choir director in his father’s church. Coming to his siblings, he has a brother named David Martel.

While it isn’t known where Marc Martel went to high school, there is ample information available on what he did after that. He studied at the Briercrest College and Seminary in Caronport, Saskatchewan. It was during his time in Briercrest where he formed the popular Christian rock band, “Downhere” with Jason Germain.

Marc Martel married Crystal K. Martel in 2010 and the two have been together ever since. The couple has a daughter named Oliveth Martel.

Marc Martel is straight when it comes to his sexual orientation and is neither gay nor bisexual. He has been married to Crystal K. Martel since 2010 with whom he shares a daughter as well. Going by his relationship history, it’s clear that he is a one-woman man and that he is straight.

Marc Martel began his career in 2001 as a member of the popular Christian rock band, Downhere. The band released its first international album, “downhere” in 2001 itself. The band gained success in 2006 with the release of their third album, “Wide-Eyed and Mystified”. To date, the band has released ten albums and has been quite successful as well. The band has won multiple Juno and Covenant Awards but it has been on a break since 2013. Apart from being a member of “Downhere”, he has enjoyed success in his solo career as well.

In 2011, he participated in a contest where had to sing the popular Queen classic “Somebody to Love” with Roger Taylor on drums. The video of his performance was uploaded on the YouTube channel of Queen Extravaganza which is Roger Taylor’s official Queen tribute project. The video garnered more than a million views within just a few days of its release. As of May 2021, the video has more than 22 million views. As one of the winners of the contest, he went to tour with the band in 2012. He toured with the band from 2012 to 2016.

In 2018, he contributed vocals to the popular biographical musical drama film, “Bohemian Rhapsody”. The movie was about the life of Queen’s lead singer, Freddie Mercury. The movie brought him a lot of praise as the people were impressed with his work and the similarity of Marc and Freddie’s voices.  The following year in 2019, he released the popular Christian song, “Silver Bells” which topped the Billboard Christian AC Monitor charts.

Net Worth, Salary & Earnings of Marc Martel in 2021

As of 2021, Marc Martel has garnered a net worth of $2 Million. The majority of his earnings comes from his career as a musician. He has been quite successful in his career to date, and this net worth is only going to grow with time as he gets more opportunities.

Marc Martel has been an amazing musician and his work shows that. With that being said, we wish him the best of luck in for his future endeavors and hope he keeps bringing us mesmerizing us with his music like he always has. 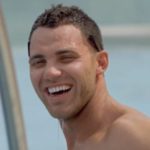 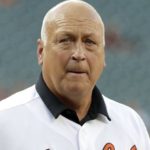