Martin John Christopher Freeman, aka Martin Freeman, was born on 8th September 1971 in Aldershot, United Kingdom, to Geoffrey Freeman and Philomena Freeman. Martin Freeman is a very popular and successful actor of Britain. He has done exceptional works in many of his movies and television shows.

He is pretty famous for his role in the television series named The Office. He has done brilliant job in it. Later he became extremely popular for his work in the movie, The Hobbits: An Unexpected Journey. He is a phenomenal actor and personality who has a glittering career.

Martin Freeman was born and raised in Aldershot, United Kingdom. He was the last born in his family. He was the smallest in all his other four siblings. Martin hasn’t had the perfect childhood as his parents were separated from each other when he was just ten years old.

He has also seen the death of his father, which was quite hard for him. He started doing plays, and stage shows from a very tender age. When he was in school, he used to learn a lot about acting and stuff related to it. He was quite a comedian from his childhood; he loved to see others smiling.

Martin Freeman has done schooling from few schools. He was first admitted to. Salesian School is the school where he learned a lot about acting on an amateur level. Later he was admitted to The Royal Central School of Speech and Drama. He remembered working from her and later started to do stage shows. He later went to Brooklands College too. He had done media studies from Brooklands College, which is quite good.

Martin Freeman was in a relationship with Amanda Abbington for 16 years. They were together since 2000, but they never married each other. Martin also became the father of a daughter and a son with Amanda. She was an actress too, and they together have done few movies like The Debt, The Robinson, The All Together etc. Everything was going nice and fine, but in 2016 they were separated from each other. Martin announced they are getting divorced.

Martin has been heavily involved in politics. He is an open supporter of the Labour Party. He has supported the party in the 2015 presidential elections. He has given full support to Jeremy Corbyn campaign during 2015. Martin Freeman is a pure vegetarian. He is a religious person, and he believes in all the rituals and stuff; he is a Catholic.

Freeman has also kept himself involved in multiple charities and donations. In 2011 he became an umpire in a cricket match that was getting played to raise money for the Christchurch Earthquake.

Martin is a very stylish person, and he always follows Paul Weller. He is a massive fan of him, and he also looks up to him. Martin Freeman is a music lover too. He used to listen to Jazz music a lot.

Martin Freeman is currently single and has not planned to get married any time soon. However, he was in a relationship for a very long time. Sixteen years indeed with Amanda Abbington. They formed a perfect pair together, but unfortunately, they were separated in 2016. He became the father of two children with her. So from the above data, we can conclude that Martin Freeman is not gay.

Martin Freeman was quite used to doing kinds of stuff like stages and shows as he has done all this in his childhood. After the beginning of a professional career, Martin had struggled to get anything right till that time when he got the role in the comedy series, The Office. It was like a breakthrough in his career. He became highly successful by playing the role of Tim Canterbury, a character in the series The Office.

Later he started getting more and more roles in movies as well as in television series. After doing a few films and shows, Martin was called up to play the role of Dr Watson in the television series, Sherlock Holmes which was started in 2010. This was also a massive hit, and he was able to gather a lot of awards because of his phenomenal acting. Later he was selected for The Hobbits trilogy, and it made him famous all around the world. He has shown his outstanding acting skills to everyone.

Martin Freeman has done many movies and shows in his career, and he has achieved almost everything. He was also part of Captain America Civil War.

Martin Freeman has won many awards and accolades in his career. He has achieved many milestones in his career so far. He has won plenty of awards for Sherlock Holmes-like; Primetime Emmy Awards, Tumblr TV Awards, Crime Thriller Awards, PAAFTJ Awards etc. He has also won many awards for his work in the Hobbit-like; MTV Movies Awards, Stella Awards etc. He was also nominated multiple times for his acting in movies as well as in television series.

Net Worth, Salary & Earnings of Martin Freeman in 2021

As of 2021, Martin Freeman has a net worth of $25 million. He has achieved most of his wealth from acting. He is a part of the industry for over 30 years now, and he has earned plenty of success. He has won many awards and accolades. He has done phenomenal work as an actor, which has to lead him to victory.

As to conclude things here, we can say that Martin Freeman is a phenomenal actor who has achieved almost everything in his life in a brief time period. He has done a lot of good works in his career. He is a very high ranked actor in Britain. 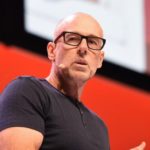 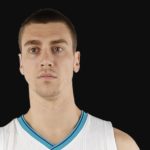