John Marty Stuart is an American singer, songwriter, and guitarist who specializes in country and bluegrass songs. Stuart has been performing since 1968, first with Lester Flatt and then in Johnny Cash’s road band before going solo in the early 1980s.

On MCA Records Nashville, he had his biggest commercial success in the first half of the 1990s. Stuart has released over 20 studio albums and has charted on the Billboard Hot Country Songs charts more than 30 times. “The Whiskey Ain’t Workin’,” a duet with Travis Tritt, is his top charting single.

On September 30, 1958, John Marty Stuart was born in Philadelphia, Mississippi. Stuart began playing guitar and mandolin as a teen, and by the age of 12, he had formed The Sullivans, a bluegrass band.

Stuart met mandolinist Roland White, a member of Lester Flatt’s backing band, as a member of this band; White invited Stuart to play with Flatt at a concert in Delaware in 1972, and Stuart became a permanent member of that band. Flatt continued to tour in this capacity until 1978, when he retired and released the independent album, With a Little Help from My Friends.

Cindy Cash, Johnny Cash’s daughter, was Stuart’s first wife, whom he married from 1983 to 1988. After divorcing his first wife, he stayed for almost ten years before committing himself to another marriage relationship. Since July 8, 1997, he has been married to country singer Connie Smith.

Stuart’s self-titled debut album was released by Columbia in 1985. Stuart’s first single, “Arlene,” was included on the soundtrack, and it became his first chart entry on the Billboard Hot Country Songs charts. In 1986, three more songs from the album charted: Steve Forbert’s “Honky Tonker” and “All Because of You,” as well as Stuart’s own “Do You Really Want My Lovin’.” These albums, on the other hand, did not do well in the charts. Stuart is well-known for his vast country music memorabilia collection. In 2007, “Sparkle & Twang: Marty Stuart’s American Musical Odyssey” included some of his series at the Tennessee State Museum.

In 1989, he returned to Nashville and signed with MCA Records after briefly rejoining the Sullivans. That year, Hillbilly Rock was released on that label. Tony Brown and session guitarist Richard Bennett co-produced the record, which had four singles on the Hot Country Songs chart. The first song was a version of Johnny Cash’s “Cry! Cry! Cry!” followed by Stuart and Kostas’ “Don’t Leave Her Lonely For Long.”

Stuart released Honky Tonkin’s What I Do Best in 1996, and the title track (another duet with Tritt) and “You Can’t Stop Love” were both modest chart hits that year. Stuart received the Country Music Association’s Vocal Event of the Year award for the title track. Nash gave the song a “A-,” noting that “Thanks to You” was influenced by The Beatles, and “The Mississippi Mudcat and Sister Sheryl Crow” was influenced by Delta blues. This marked the end of his stay at MCA Records.

Country Music, released by Columbia Records in 2003, was his next album. Stuart formed Marty Stuart and His Fabulous Superlatives for this record, which included Harry Stinson on drums, Kenny Vaughan on guitar, and Brian Glenn on bass guitar. Covers of Porter Wagoner’s “A Satisfied Mind,” Carl Butler and Pearl’s “Sundown in Nashville,” Johnny Cash’s “Walls of a Prison,” and the Merle Haggard duet “Farmer’s Blues” were included on the records.

Stuart “considers himself more of a stylist than a musician,” according to Kate Meyers of Entertainment Weekly in 1992, “meaning he gets by with a combination of approaches…rather than relying on a brilliant voice of his own,” citing Johnny Cash, Bill Monroe, and Muddy Waters as his major musical influences. Stuart’s distinctive clothes and hairstyle established his musical appearance in the 1990s.

Stuart has since earned five Grammy awards and has secured five of them. He’s known for his unique blend of rockabilly, country rock, and bluegrass genres, as well as his numerous collaborations and cover tracks. Stuart is a member of the Grand Ole Opry and the Country Music Hall of Fame, among other honors.

Net Worth, Salary & Earnings of Marty Stuart in 2021

As of 2021, Marty Stuart currently has an estimated net worth of $10 Million. He has earned all his wealth from his career in music.

Marty Stuart is a musical legend whose legacy has created the path for many aspiring musicians in the country music genre. He has rightfully earned the respect of the world for what he has accomplished. 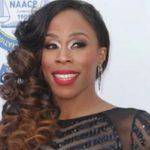 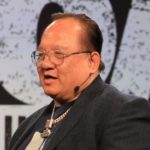