Mason Dye is a famous American actor who has been active since 2013. He is better known for his role in season 4 of Teen Wolf, aired on MTV portraying Garrett. Another film that brought his name to the limelight is the film Flower in the Attic, portraying Christopher in 2014. He has starred in many other films and television series, which has always made him have a lot of fans.

Mason Dye was born on 15 June 1994 in Shawnee, Oklahoma, where he was also raised together with two of his siblings. He is the middle-born of three children having an elder brother named Preston and a younger sister by the name Taylor. His sister is also a public figure as she is part of the country duo Maddie & Tae. He has not shared the names of his parents, but his family has a very close relationship.

Concerning his educational background, there is no available information about it. Although he is not so secretive, he has avoided speaking about his level of education in public. Nevertheless, he was already popular even before he completed his high school education.

Mason is a guy with good looks and a dream every girl could wish to have as a partner. He has, however, chosen to be single and has no history of being in a relationship, although he is in his late 20’s. He has chosen not to share much concerning his personal life and thus could be hiding about the person he is dating. As for now, he is considered single and still enjoying the success of his acting career.

No. Mason has a straightforward sexual orientation which proves him not to be gay. Although he is currently single, and there are no details concerning his relationship, still nothing can prove that he is gay or bisexual.

Mason played his first role in 2013 when he landed a supporting role in “Adventures of Bailey: A Night in Cowtown.” He had a recurring role on the web series referred to as “Secret Diary of An American Cheerleader 2: The Fierce One.” His first major role was in 2014 when he played the role of Christopher Dollanganger in the TV series “Flower in the Attic,” which was based on V.C. Andrews’ novel.

In season 4 of the teen drama TV series, he appeared as a guest star in “Teen Wolf,” which premiered in 2014. He appeared in only four episodes but gained much recognition. That same year, he had a guest appearance in the TV series “Review.” Beginning in 2015, Dye starred in television series. He portrayed Damon in “Finding Carter” then Victor in “My Stepdaughter.”

In 2016, he played in a TV series, “Major Crimes,” and also played a major role in the drama film “Natural Selection” as Tyler Evans and played opposite Katherine McNamara. He also starred in the drama film “Vanished-Left Behind: Next Generation” together with Dylan Sprayberry and Amber Frank, still in 2016.

In 2017, he starred in two television series. The first one, he portrayed Bruce Kane in “Stalker’s Prey” then starred in “Truth or Dare” as Tyler Pemhardt, which was aired on the Syfy channel. He starred in the Lifetime TV film “The Wrong Son” as Matt in 2018.

He also appeared in five episodes of season 5 of “Bosch” as Tom, which premiered on Amazon Prime in 2019. Still, in 2019, he appeared in one episode of season 7 of “The Goldberg’s” as Rick Kentwood” on ABC. He is set to star in the TV series “Stranger Things” as Jason Carver.

In 2016, Mason also appeared in the web series “Roommates” for eight episodes as Jason Carver. He appeared in the music video of Maddle & Tae together with his younger sister, known as “Shut Up and Fish.”

Although Dye has not received awards and titles from his career, he has won millions of hearts from his fans worldwide. He has a special performance in every movie and series, which always amazes his viewers. We all know that competition is stiff in the industry, with every actor and actress trying their best to emerge the best. He is very dedicated, and soon he will acquire some awards for himself.

Although Dye has not been lucky to receive many awards from his career, he has made a great fortune from his career. As of 2021, He has an estimated net worth of over $3 million. His wealth is mainly from his acting career.

Mason Dye has been a great actor throughout his career journey. He is still young, but he has already attracted many people through his films. He will definitely make one of the greatest actors in the world in some years to come. 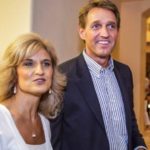 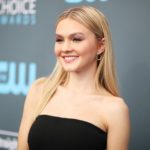